Should the United States have tried to take Osama bin Laden alive?

If they had taken Osama bin Laden alive, there wouldn't be a debate about releasing these pictures. Hindsight is always 20/20. But reasonable people may disagree on whether or not it would have been a good idea to bring this guy back alive.
[cnn-photo-caption image=http://i2.cdn.turner.com/cnn/2011/images/05/04/art.obl2.jpg caption=""]
Depending on which account of the mission you believe, it sounds like it might have been possible. At first, we were told he had a gun, he resisted, he used his wife as a shield and the impression was the Navy SEALs had no choice but to kill him.

But then the story changed. He didn't use his wife as a shield. He wasn't armed. But he did resist. One account even said he looked like he was reaching for a gun.

You could also engage in a hypothetical discussion about whether shooting and killing an unarmed man is a good idea even if it was Osama bin Laden. In his case, I happen to think it was a great idea.

Returning him as a prisoner would have presented monumental security issues and putting him on trial would have cost this country a great dea l– financially, emotionally and psychologically. Tossing his body into the sea was also a good idea. No grave site that becomes a shrine for his demented followers.

Here’s my question to you: Should the United States have tried to take Osama bin Laden alive?

END_OF_DOCUMENT_TOKEN_TO_BE_REPLACED 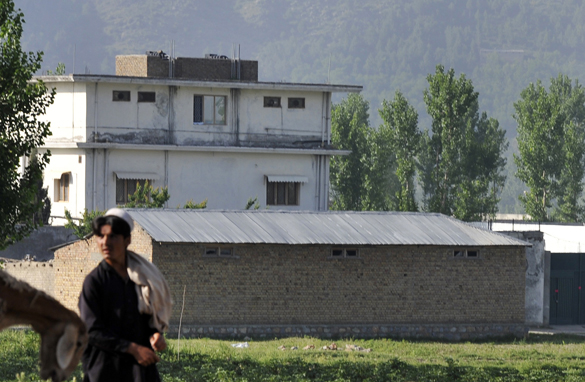