How do you see the debt ceiling fight being resolved?

It's back to work for Congress on Monday as lawmakers return from a fun-filled two week Spring Break.
[cnn-photo-caption image=http://i2.cdn.turner.com/cnn/2011/images/04/28/art.clock.jpg caption="The National Debt Clock pictured in Manhattan last week."]
During their time off, some members returned to their districts to hear from constituents, many angry and confused about the budget cuts and deficit reduction plans. Then there are those like Senate Majority Leader Harry Reid and nine other senators who went on junkets instead to faraway places like China and its city of Macau, that country's closest thing to Las Vegas.

The fun and games will be over next week though. One of the first big battles that awaits this Congress is the question of raising the nation's debt ceiling. The U.S. is expected to reach its current debt limit of $14.3 trillion on May 16th. That's just about two weeks away. If Congress doesn't agree to raise it, we could default on our debt obligations and that would have devastating effects on the markets and this economy. But simply raising it may not be that simple.

House Speaker John Boehner has said he will not agree to raise the debt ceiling unless Democrats promise to make meaningful spending cuts to the budget and to reform Medicaid and Medicare.

He says the two should not be part of the same debate and the lawmakers who insist on doing that anyway are putting our society at risk.

He might be right. But putting our country at risk has never been that much of an issue for Congress.

Here’s my question to you: How do you see the debt ceiling fight being resolved?

END_OF_DOCUMENT_TOKEN_TO_BE_REPLACED

How excited are you about the royal wedding? 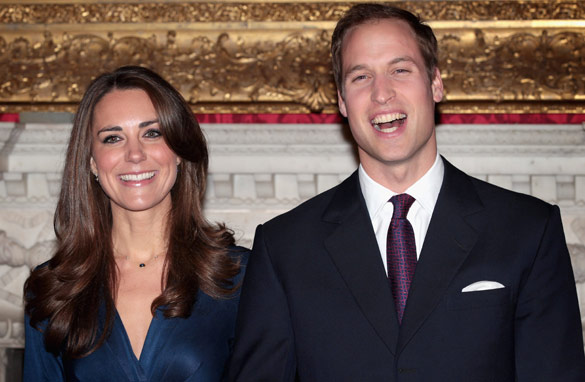 In case you haven't heard, there's a pretty big to-do planned for tomorrow on the other side of the pond. Prince William will marry Kate Middleton in Westminster Abbey tomorrow afternoon in London... It's the first high profile royal wedding in Britain in decades. You can't turn on a television, open a newspaper or log on to a website without hearing all about it. All the big U.S. broadcast and cable networks-including CNN– will carry the event live with coverage beginning at 4 am eastern time. The wedding itself starts about two hours later.

So it's a really big deal, right? Not so much.

A poll in Britain commissioned by an anti-monarchy group found four out of five Britons are quote "largely indifferent" or quote "couldn't care less" about the royal wedding. Really? They're not even excited about watching it and it's going to be on in the middle of the day…and it's their royal family.

Do we really care enough to get up at 4 in the morning and watch a wedding on a work day? A New York Times-CBS News poll found that only 6 percent of Americans say they have been following news about the royal wedding "very closely" and 22 percent say "somewhat closely." So again, not so much. It could be a real letdown for the U.S. media which is spending a boatload of money to cover this thing. But Prince William isn't our future king, and people on both sides of the Atlantic apparently have other things to worry about.

Here’s my question to you: How excited are you about the royal wedding?