What does it mean that China's economy could surpass U.S.'s in 5 years? 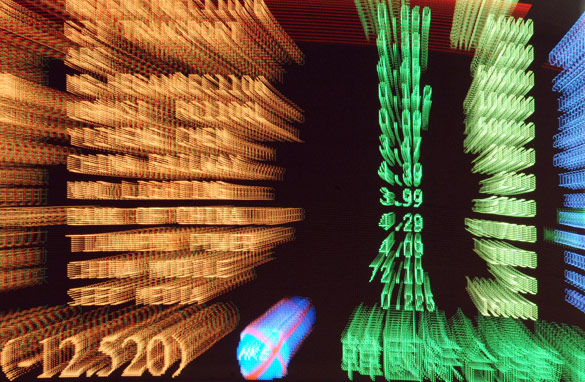 It's the year the International Monetary Fund projects China's economy will overtake the U.S. economy. Or as Brett Arends, a columnist for MarketWatch writes, "The moment when the 'Age of America' will end." He says if the IMF is right, whoever wins the presidency in 2012 will be the last U.S. president to preside over the world's largest economy.

Other forecasters have set the date the U.S. falls to second place a decade later. The IMF projections are based on something called "purchasing power parities," what people in both countries earn and spend domestically. Either way, China will pass us by in a matter of years.

It's just another kick in the stomach to this country's already-battered economy. The job market is still beaten down, the housing market remains horrible, and the federal government still can't agree on how to rein in spending or what to do about a debt ceiling that expires in weeks. Last week, Standard & Poor's announced that it was downgrading the U.S. debt outlook from stable to negative over concerns that the White House and Congress will not be able to agree on a deficit reduction plan for 2012.

The Obama administration downplayed the S&P announcement, saying it was political and should not be taken too seriously. They're wrong. The markets took it seriously though. The stock market suffered its biggest one day loss since the threat of a nuclear meltdown in Japan last month. And what'll you bet the White House won't have much to say about this new IMF projection either. It's called whistling past the graveyard.

Here’s my question to you: What does it mean that China's economy could surpass the U.S. economy in five years?

Lou:
It means they are hitting their growth stride, just as we did in the mid 1900s. Same is happening in India. We seem to think we are the only country capable of going through an industrial revolution. But most of our citizens have already benefitted from our rise out of the gutters. We shouldn't worry so much when other countries begin to do the same.

Pete in Ontario, Canada:
It's not surprising considering the Chinese are playing with an under valued currency and we continue to let them flood our countries with cheap products. Not to mention the fact that our manufacturing business has all but left North America.

Bob in Kansas City, Missouri:
It means big business and the U.S. Chamber of Commerce won. You know, those guys that advocate outsourcing every American job possible at the same time they buy off politicians too keep their mouths shut about the raw deal the rest of us get.

Greg in Arkansas:
Their economy is on a roll since China doesn't have to deal with all those pesky regulatory agencies like the: EPA, FDA, USDA, and OSHA. And with no worries about equal rights, human rights, consumer product safety or freedom of speech. They may soon have all the money in the world, but money will never buy clean air, clean water, safe food or personal dignity. I would rather live here and be cash poor, healthy, happy and free.

Jayne:
It means that we've given away the store. Our manufacturing base is now in China and we're left with jobs such as flipping burgers for minimum wage. Low wages equals low tax revenues equals America going backwards while China is barreling into the future with high speed rail and green technologies.

Ray in Georgia:
I remember the same thing when the Japanese were buying up lots of real estate a decade or so ago. Japan was going to own everything. It didn't happen as predicted. China has plenty of problems so I wouldn't throw in the towel just yet.