How should income tax laws be changed? 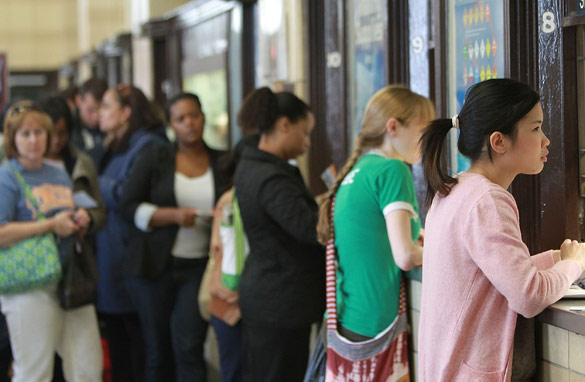 Today is the deadline to file your income tax return, three days later than usual because of a federal holiday.

And despite this country's dire financial straits, the very rich are paying a lot less in income tax than they did just twenty years ago. The IRS tracks 400 households with the highest adjusted gross incomes each year. In 2007, the average federal income tax rate that group paid was just 17 percent. In 1992, it was 26 percent. Over that same period, the average tax rate for all taxpayers dropped to 9.3 percent from 9.9 percent.

What's more is according to the Tax Policy Center, 45 percent of U.S. households - a total of about 69 million - will pay no federal income tax. In fairness, most of those 69 million households still pay other taxes like state and local income taxes and property and sales taxes too. Two thirds of that group pays payroll taxes - many pay more than they get back on their federal return.

Most of the households in the group that doesn't pay federal income tax earn less than $50,000 a year. But about 5 million make between $50,000 and $1 million a year. The secret is in the tax breaks, on everything from having a child to going to college to paying your mortgage. According to the IRS, the tax code currently has a total of $1.1 trillion in credits, deductions and exemptions. That comes to an average of about $8,000 per taxpayer.

But that could change. House Republicans want to eliminate tax breaks and lower overall rates. The President has said he wants to do away with tax breaks too.

Here’s my question to you: How should income tax laws be changed?

Simon in Orlando, Florida:
Why don't we eliminate all deductions and just go with a flat tax? Just charge everybody 15% of everything they make over $30,000. That takes the Washington lobbyists and the IRS out of the picture.

Fran:
The Tax rates should be at the level they were under John Kennedy or Bill Clinton Administrations. The poor did better, the middle class was strong, and the rich were still rich.

Ray in Georgia:
I would suggest all taxes be collected at state level and the states send a percentage to the federal government. They keep talking about simplifying the tax code. Maybe this suggestion would be a good start.

C.M. in Pasadena, California:
A start would be to do away with all deductions, credits, and subsidies. There should then be a progressive flat tax, a tax that increases with income grossed. The tax should start at a nominal 3% for the lowest incomes and at least 25% for those incomes over $200,000. No one should be exempt including corporations.

B.:
There needs to be a change in the tax brackets. I make a little over $250,000 and I don't need higher taxes as I am paying a lot already. I do not need to be in the same bracket as people making over a million dollars every year, and I find it offending when President Obama stands there and says I don't need a tax break. I find that I am paying taxes and know that a lot of people are taking advantage of loop holes and getting huge returns or not paying what they should. The government needs to address those issues.

Susan in Denver, Colorado:
Time to scrap the entire loopholed, exempted, credited, baling wired and chewing gummed tax system we've created over many decades and start over with something new, clean, simple, and fair.

Robby:
Yes, it should be changed to a flat tax or a National sales tax but it will never happen. All the people who work for the government (IRS) will stop any notion of doing anything that makes sense. This is all political theater. Nothing changes.