How are you handling near record high gas prices?

Get ready for more pain at the pump. Some experts are predicting gasoline could hit $5 a gallon by Memorial Day.
[cnn-photo-caption image=http://i2.cdn.turner.com/cnn/2011/images/04/13/art.gas.jpg caption=""]
Right now, the national average for a gallon of gasoline is more than $3.80. That's just for regular unleaded. In some places, $4 a gallon is already in the rear view mirror. Prices have been on a steady climb for weeks. We're still off the all-time high, but not by much. Gas prices peaked in July 2008, when the national average was $4.11 a gallon. It's almost a foregone conclusion we will blow by that number… and soon.

This comes at a bad time of course. It always does. We have a fragile U.S. economy, and gas prices could threaten its recovery. According to a new Reuters/Ipsos poll, 68% of Americans say the high cost of gasoline has forced them to cut back on other areas of spending. And 62% said they are driving less because of how much it costs to fill the tank.

Businesses are experiencing higher transportation costs. They're faced with the tough decision: Eat those costs or pass them on to consumers. Either way, it spells tough times for most Americans.

Crude oil prices, of course, drive gas prices. And the unrest in the Middle East has been pushing prices up. So has an ever-increasing demand in developing nations.

Republicans blame President Barack Obama. What's new? When Obama took office, the national average for a gallon of regular unleaded gas was about $1.79, less than half what it is today. Former Alaska Gov. Sarah Palin has used Facebook to call Obama the $4 per gallon president. She's not often right, but might be onto something here.

Here’s my question to you: How are you handling near record high gas prices?

END_OF_DOCUMENT_TOKEN_TO_BE_REPLACED

Calif. Gov. Brown: U.S. most divided since Civil War. Is he right? 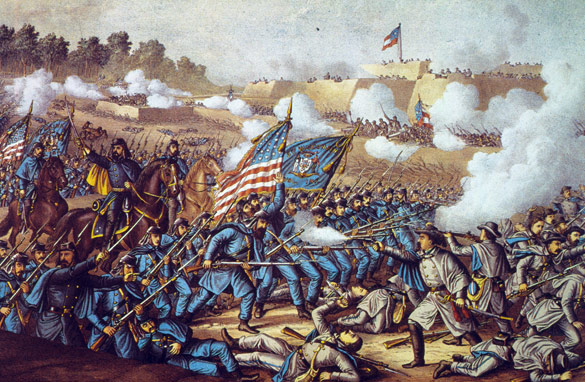 Yesterday marked 150 years since the start of the U.S. Civil War. It was the bloodiest war in U.S. history - a war that divided our nation physically and ideologically and led to 600,000 deaths.

To mark the occasion, President Obama said, "We remember the great cost of the unity and liberty we now enjoy, causes for which so many have laid down their lives."

Liberty, yes. But unity? Not so much.

He's got a front row seat to a circus of a Congress that took six months to come up with a 2011 budget. And they still can't agree on any meaningful cuts going forward. We're a long way from unity.

In an interview in Los Angeles this week, California Governor Jerry Brown said this country is more divided now than at any time since the Civil War. Brown is facing a fierce budget battle with California Republican lawmakers. He said the difficulty he's having working with Republicans in California on the state level mirrors what's going on in Washington.

Also look at Wisconsin, Ohio and other places where fundamental divisions are boiling over like we haven't seen maybe since Vietnam.

By the way, Brown has to close a deficit that was as high as $26.6 billion. With a hole like that, good luck on that unity thing.

Here’s my question to you: California Gov. Jerry Brown says the country is the most divided since the Civil War. Is he right?