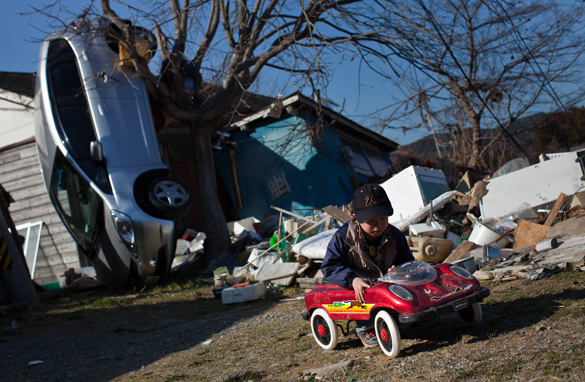 Fred:
You want the truth? You can't handle the truth! Just how should a government balance our right to know the truth with the perceived need to not create a panic and thus a larger problem? Can you really evacuate a million people? To where? Yet, without the truth, how can anyone try to act reasonably? In the end, we do have a right to know the truth. Honesty is the best policy.

Paul in Dayton, Ohio:
Jack, I believe they are telling what they think they know with certainty; it is most certain they don't know everything

Jeremy in Vallejo, California:
So I'm confused. Is the current California radiation level "harmless to human health," "not immediately harmful to human health," "not permanently harmful to people outside the region" or "no more than an apples-to-oranges transcontinental flight?" Perspective. In Japan they had yet another earthquake and have lived in fear and chaos for over a month. And yet, their government hasn't shut down. Nuclear disaster, natural disaster and absolute destruction doesn't keep their elected officials from their duty to the people. Yet in America... we get Harry Reid, John Boehner and a White House who is more concerned with their 2012 re-election campaign. It's times like these when we see just how far off the mark we truly are.

Craig:
No. Just too many things going wrong. They say that seafood will be safe. I ask you this. Do fish migrate? Do they set up house keeping in one spot and then stay there? If so, why do I not catch fish in the same place every day?

Jim in Cripple Creek, Colorado:
The unicorn, garden gnome and I were talking this over just the other day and we all agreed that it could happen. Why not?