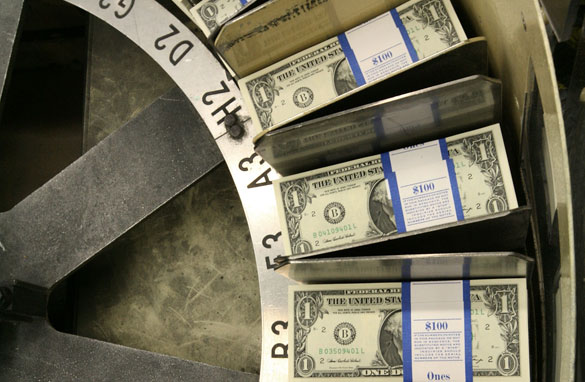 END_OF_DOCUMENT_TOKEN_TO_BE_REPLACED

The case of New York Congressman Charlie Rangel is bordering on pathetic.
[cnn-photo-caption image=http://i2.cdn.turner.com/cnn/2010/images/12/01/art.rangel.jpg caption=""]
After being found guilty of 11 ethics violations after a two-year investigation, the full House is set to vote on censuring the New York Democrat on Thursday. It's sort of sad really.

The Ethics Committee overwhelmingly recommended censure last month, which is the harshest punishment short of expulsion.

The 80-year-old Rangel is asking the House for the lesser penalty of a reprimand. Rangel claims that censure should only be used in cases where corruption was proved.

There was a time before the guilty verdict that Rangel could have simply walked away with his reputation intact. But apparently his monumental ego wouldn't allow it. Now it's too late. By continuing to whine publicly about his treatment, Rangel, who has served in Congress for 40 years, diminishes himself.

He came out of the Korean War a decorated combat veteran, was elected to Congress and has remained there for 20 terms. In fact, he was just re-elected in spite of the ethics cloud hanging over him.

Among other things, Rangel was found guilty of not paying taxes for 17 years on his rental home in the Dominican Republic, failing to report assets for a decade, misusing a rent-stabilized Harlem apartment as a campaign office and misusing congressional resources to raise money for a college center named after him.

Rangel has apologized for what he calls honest mistakes and wrote his behavior off to "sloppiness." The House Ethics Committee found otherwise.

The ethics scandal cost Rangel the chairmanship of the powerful Ways and Means Committee and more than $2 million in legal fees.

Here's my question to you: Why won't Congressman Charlie Rangel just go away?