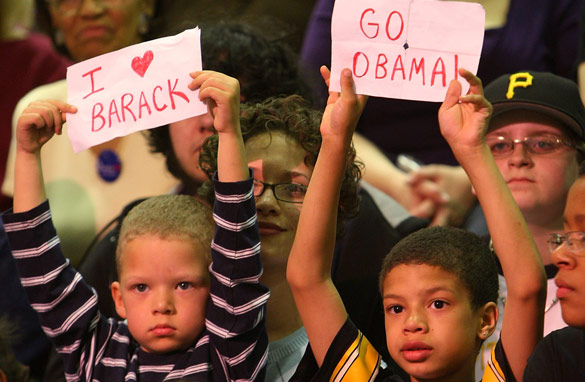 America's love affair with President Obama is over.

So says Mort Zuckerman in his U.S. News and World Report column.

Zuckerman writes that the midterm election results show just how far away the country has drifted from Mr. Obama:

"A man who was once seen as a talented and even charismatic rhetorician is now seen as lacking real experience or even the ability to stop America's decline."

There's a growing sense that Mr. Obama has isolated himself from everyone who matters. According to Politico, members of his own party worry that he has distanced himself from: Congressional Democrats, state party leaders, Democratic lobbyists, business leaders, big-dollar donors, Republicans, the media, members of his own cabinet... and most importantly, a lot of voters.

And he may not be able to turn it around in time for 2012, the question being whether he's self-aware enough to make the big changes needed to mend all these relations.

One Democratic official says: "He's more of a movement leader than a politician. He needs someone to kick his ass on things large and small, and teach him to be a politician."

On some level, the president seems to be catching on here.

In an interview with "60 Minutes," he acknowledged mistakes he's made since taking office.

Mr. Obama says he misjudged the pace of the economic recovery and didn't always live up to his campaign promise to change the tone of debate in Washington.

Here’s my question to you: Is America's love affair with President Obama over?

END_OF_DOCUMENT_TOKEN_TO_BE_REPLACED

Time for Nancy Pelosi to go away?

Some people just don't know when to call it quits - and House Speaker Nancy Pelosi is looking like one of them.

Despite her party being crushed in last week's midterm elections - despite her party losing control of the House of Representatives - Pelosi wants to stay on as the Democrats' minority leader in the House.

But a growing number of Democrats are having none of it.

Fox News is reporting a group of defeated Democrats has written a letter urging Pelosi to step aside.

The draft letter suggests that with Pelosi in charge, "the hangover of 2010 stands no chance of subsiding."

Other Democratic House members have said they will vote against Pelosi if she insists on running for minority leader.

The Republicans couldn't be happier. They're positively giddy at the prospect of Democrats keeping Pelosi as their leader in the House. It's generally agreed that Pelosi and Senate Majority Leader Harry Reid drove the Democrats off the cliff.

An analysis of TV ads shows more money was spent and more commercials were run against Nancy Pelosi in the midterms than against any other congressional leader since Newt Gingrich. More than $65 million was spent on more than 161,000 ads targeting Pelosi.

Is she oblivious to this?

Here’s my question to you: Isn't it time for Nancy Pelosi to just go away?