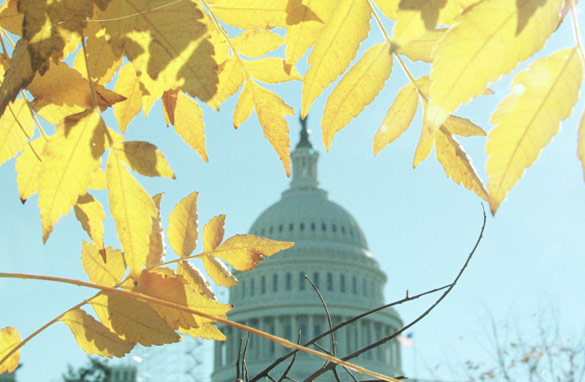 Ron in Miami writes:
Jack, Federal workers are just people, trying to get through the day and get the paycheck at the end of the week. The fact is a lot of people are upset with the way things are going in their own lives and are blaming the government and the workers that the government employs.

David in Cleveland, Ohio writes:
I worked for the U.S. Postal Service years ago, and I found the level of effort appalling then. I have not seen it get much better. Outsourcing many government jobs to private companies that have to bid for the work on a competitive basis will help significantly keep levels of service high and move us away from the tenure nature of government employees.

Sara in Reston, Virginia writes:
My husband is a highly-skilled, dedicated federal employee working 12-hour days on a regular basis, and severely underpaid compared to his private sector counterparts. But he believes in public service, having served 20 years in the military before this job. I'm sure you can imagine how it makes me feel to see Republicans heaping scorn on federal workers.

Matthew writes:
The life of a federal worker in no way compares to that of a worker in the private sector. I grew up in the D.C. area and saw firsthand how different things were for them... With private sector wages now stagnated, the federal workers enjoy all the bells and whistles an over-bureaucratized government has to offer while those less fortunate have to duke it out on their own.

Russ in Pennsylvania writes:
Of course. All public unions should be disbanded and their jobs privatized. Look at Europe: How long will it take for people to realize that the special benefits and pensions are not capable of being supported by a declining middle class? Government has declared war on the middle class.

N. writes:
Hard to tell. They're not asked to do more with less, as in the private sector. Also, they've basically got tenure, so they're not generally in jeopardy of termination. Let's find out by cutting 10% of them, tomorrow.