Only 55 jobs created with $111 million in stimulus money? 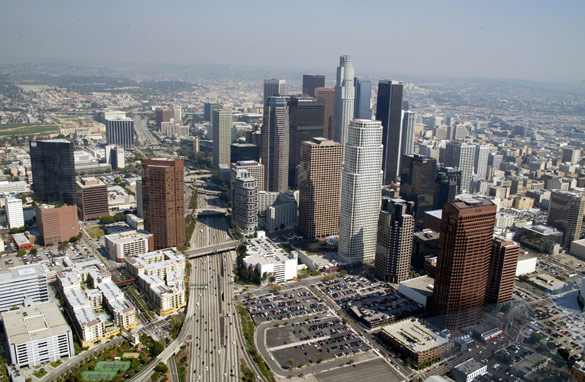 Here's yet another glaring example of government inefficiency:

Reports by the city controller show that the Departments of Public Works and Transportation moved too slowly in spending the stimulus money - partly due to all the red tape. These agencies say they plan to create or retain 264 jobs once they spend all of the money.

The Department of Public Works, which got $71 million in stimulus money, has plans for projects like resurfacing streets and bridges and rebuilding sidewalks and storm drains.

That all sounds good - but these reports show it took eight months to put together bids, review them and then award the contracts.

As for the Department of Transportation, it's received almost $41 million to buy new buses, upgrade railroad crossings and put in new traffic signals. But the controller's report shows it took nearly a year to get approval to buy some of these buses.

Almost a year. Meanwhile, unemployment in Los Angeles is above 12 percent.

According to The Los Angeles Times, city officials wouldn't comment on the audit - but pointed to newer figures they have showing stimulus dollars at work.

Here’s my question to you: Should two Los Angeles departments have been able to create more than 55 jobs with $111 million in stimulus money?

Bobbi in Los Angeles writes:
Since I live in L.A. and am forced to drive on poorly renovated freeways and streets every time I leave the house, I think the city could and should have accomplished a lot more than it has with the money. It's poor management, I'm sorry to say... too many people taking too long to agree on decisions, and then actually implement what this city has needed for several years.

R. in Santa Rosa, California writes:
The private sector would hire 50 people in China and the CEO and his/her buddies would pocket the rest.

Lameck writes:
This shows where our problem is: the good intentions and efforts of the federal government getting curtailed by the few charged with the duty to implement.

Bob in Long Island writes:
Where are the watch dogs? Hello, Joe Biden, are you home?

Jim in Colorado writes:
Some years ago, the French came up with the perfect solution to this sort of problem. They simply removed the heads of the people running the country.