How many lawsuits should fed. govt. file against Arizona over immigration issues? 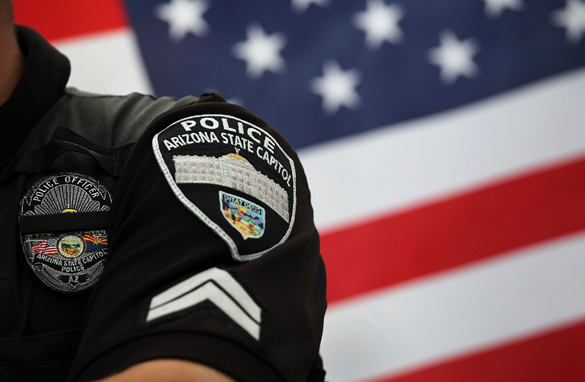 The federal government is filing yet another lawsuit against Arizona when it comes to the heated issue of immigration.

This time the Justice Department is going after a Phoenix-area community college system. The feds say the school discriminated against almost 250 non-citizens by making them show extra immigration paperwork before being hired.

Officials say this violates an anti-discrimination provision in a federal law.

This latest lawsuit comes less than two months after the Justice Department sued Arizona over its tough new immigration law. A federal judge has put on hold the most controversial parts of that law - including the requirement for police to check the immigration status of anyone they stop if they think that person may be in the country illegally.

In the meantime, the State Department has decided to include Arizona's new law in a human rights report to the United Nations. The U.S. included its legal challenge to the Arizona law as one way the federal government is protecting human rights.

Arizona Governor Jan Brewer was outraged - and rightfully so. She's demanding the reference be dropped. Governor Brewer says it's "downright offensive" that a state law would be included in the report to the U.N.

And there's more: The Justice Department is also investigating Sheriff Joe Arpaio in Maricopa County, Arizona for possible civil rights abuses. Sheriff Arpaio is known for being tough on immigration enforcement. Unlike our federal government.

Here’s my question to you: How many lawsuits should the federal government file against Arizona over immigration issues?