60,000 babies born to non-citizens in Texas every year 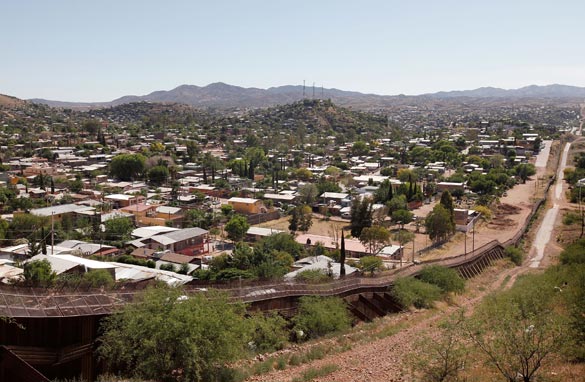 As the debate over illegal immigration – and now over the 14th amendment – heats up, consider this:

In Texas alone, there are more than 60,000 babies born to non-citizens every year. These babies automatically become U.S. citizens.

The Dallas Morning News reports that last year these births represented almost 16% of the total births statewide. And, that from 2001 to 2009, there were more than 542,000 births to illegal immigrant women.

This is why some Republicans want to consider changing the Constitution's guarantee of citizenship for anyone born in the United States.

House Minority Leader John Boehner says many illegal immigrants come here just so their children can become U.S. citizens. Boehner points to parts of our country where schools and hospitals are being overrun by illegal aliens.

Other Republicans say if both parents are here illegally, why should there be a reward for that behavior? And they have a point.

But opponents worry about the children, saying they didn't break any laws, yet would have no rights and nowhere to go.

Others claim the whole issue isn't about babies, but rather about politics and using immigration as a wedge issue headed into the midterm elections.

The 14th amendment became law in 1868. It was meant as a way to block states that prevented former slaves from becoming citizens.

Changing it would require a two-thirds vote in both the House and Senate, and approval of three-quarters of the state legislatures. My guess is if it was put to a vote of the people it would pass yesterday.

Here’s my question to you: At least 60,000 babies born to non-citizens every year in Texas alone get U.S. citizenship. What should be done about it?

Brent says:
The 14th Amendment should absolutely be amended to solve this problem, now that there are no slaves to protect (aside from all of us in the middle class, of course, but I digress). Since the overwhelming majority of illegal immigrants contribute absolutely nothing to taxes, education or health care, but use the same infrastructure and resources as taxpayers do (which basically amounts to egregious grand theft and tax fraud, to say nothing about dishonor), we really need to get down to business and start protecting the legal citizens of this country.

T.J. in Euless, Texas says:
The illegal parents can go back where they came from and take any babies born in the U.S. with them.

Jack says:
I can't wait until all these babies start voting out the Republicans in Texas. There is hope for the future.

Larry in Georgetown, Texas says:
For those of us who live in the great state of Texas, it is very obvious that we are paying for the people that are here illegally so they can have kids go to school and receive medical treatment and collect welfare. It's time we take back our country. I'm for changing the Constitution to its intended purpose.

Louis says:
Change the law so that citizenship for a child born here requires at least one parent to already be a citizen.

Sandy in Georgia says:
I'm a fan of documenting the undocumented. You don't have to be legal, you don't have to a citizen, but you do need to be documented. As long as they're documented, they can work and pay taxes exactly like legal U.S. citizens. Once they're paying their fair share of taxes, I have no problem sharing the benefits of this country with them.

Carol says:
If the parents are here illegally and have children, then the entire family should be deported. What is so hard about this?

Terry says:
This is an absolutely preposterous idea. So someone who was born on U.S. soil would not be a citizen? What's the standard then? Would I have to be born to Republican parents on the 4th of July on an American flag? Would that be enough?