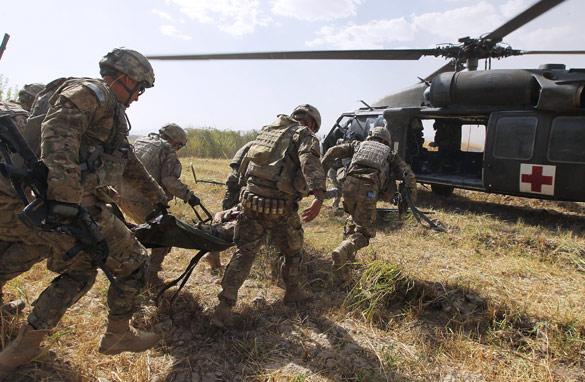 END_OF_DOCUMENT_TOKEN_TO_BE_REPLACED

In the nine years since the September 11 terror attacks, the U.S. intelligence community has become so large that it's unmanageable, redundant and inefficient. Not unlike the rest of the federal government.
[cnn-photo-caption image=http://i2.cdn.turner.com/cnn/2010/images/07/19/art.top.secret.jpg caption="A 'Top Secret' page from the U.S. congressional report on the 9/11 terror attacks."]
The Washington Post reports on a stunning two-year investigation of a so-called top secret America that's hidden from the public and lacking in real oversight.

With such a sprawling bureaucracy, it's no wonder they couldn't put together the dots in recent attacks - including the shooting at Fort Hood and the attempted Christmas day airline bombing in Detroit.

The government is pushing back against the Washington Post report. The national intelligence director says they provide oversight and work constantly to reduce inefficiencies and redundancies. What would you expect him to say?

A top Obama official adds that they're looking at inefficiencies "and remember, we have prevented attacks." Who does that sound like?

Here’s my question to you: How effective can U.S. intelligence be with nearly 1,300 government organizations and 2,000 private companies working in 10,000 locations?

END_OF_DOCUMENT_TOKEN_TO_BE_REPLACED

Cafferty: Palin most popular in GOP? 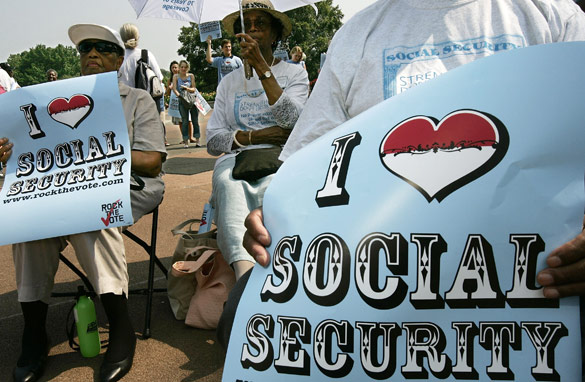 END_OF_DOCUMENT_TOKEN_TO_BE_REPLACED

Should Dems pop out champagne if Palin most popular in GOP for 2012?

See where this is going?

But the most popular of the Republicans seen vying for the nomination in 2012 is... you guessed it... Sarah Palin. And it's not even close.

Palin, who describes herself as a mama grizzly bear, has a whopping 76 percent favorable rating among Republicans, according to a new Gallup poll.

Compare that to Huckabee, who gets a 65 percent favorable rating, Gingrich 64 percent followed by Romney with 54 percent and Jindal with 45 percent.

Palin, who quit her job as governor of Alaska midway through her first term so she could run out and capitalize on her failed bid to be John McCain's vice president, is the darling of the GOP.

If anything could overcome the increasingly sour view of the Obama presidency, it might be this. The Democrats should be positively euphoric.

You see, the problem with Palin is that while Republicans adore her - the rest of the country just doesn't. According to Gallup, Palin has a 44 percent favorable rating among all Americans; and a 47 percent unfavorable rating. And numbers like this don't bode well for the general election.

Here’s my question to you: Should Democrats pop out the champagne if Sarah Palin is the most popular Republican contender for 2012?

END_OF_DOCUMENT_TOKEN_TO_BE_REPLACED

Cafferty: How much will oil spill hurt Dems?