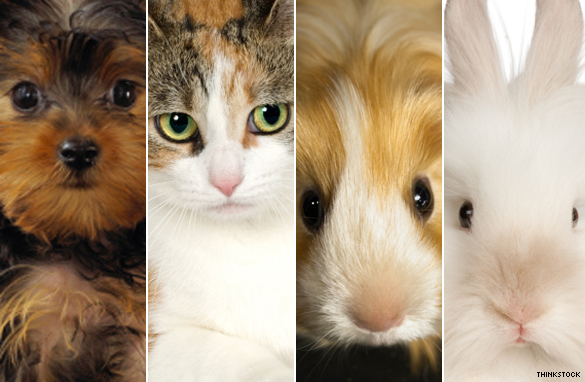 Tessa writes:
It's an awesome idea! It would be one step closer to putting an end to animal mills and it would raise the number of pets adopted from shelters. How can you go wrong with that when there are so MANY lives to be saved?

Kea in Honolulu writes:
Jack, Good idea. Owning a pet is like having a child. When the 101 Dalmatians movie remake came out, children across the nation wanted one. People later couldn't handle the responsibilities, and the dogs ended up unwanted in pounds.

Jack in Niceville, Florida writes:
Liberals should love pets. I love my two dogs, but they are obviously Democrats. They have never done an honest day's work in their lives and they survive solely off of my hard work and generosity! By the way, a fish is not a pet, just a decoration you have to feed!

Tim in Texas writes:
It's a good idea. I would make one modification. Allow people to buy pets within the city limits, but only after a waiting period of a week. Far too many people buy pets, as you say, as impulse buys.

Sarah writes:
What a forward-thinking and compassionate idea! Given the number of animals in shelters, this may be the best way to satisfy both a prospective pet owner's desire for companionship and save an animal's life.

Julie writes:
I live in Edson, Alberta, Canada, and I believe this to be the best idea I have ever heard. I hope they make this a worldwide law! Adoption of pets is the best thing to do, because it will reduce impulse purchases as well as put places such as puppy mills out of business. There is way too much animal abuse and neglect in our world. GO SAN FRAN!

Michael in Dallas writes:
What are you, Jack? Some kind of fish bigot?