$20 million for centers devoted to Specter and Murtha?

Like most everywhere else, in Pennsylvania - times are tough. But you wouldn't necessarily know it by looking at parts of the state's new $28 billion budget.
[cnn-photo-caption image=http://i2.cdn.turner.com/cnn/2010/images/07/08/art.specter.murtha.jpg caption="FILE PHOTOS: Arlen Specter (l) and John Murtha (r)"]
Governor Ed Rendell is planning to borrow $20 million dollars to pay for new public buildings to be named after Senator Arlen Specter and the late Congressman John Murtha.

The Democratic governor is setting aside $10 million for the Specter Library at Philadelphia University...

He's also earmarking another $10 million for the Murtha Center for Public Policy at the University of Pittsburgh. Murtha represented the people of Pennsylvania for 36 years - he died this winter.

And there are other pet construction projects... in all - they total $600 million - all paid for with borrowed money.

This comes as Pennsylvania is taking a scalpel to its budget due to the recession. Social services, for example, are being cut - including those for autism, mental health services, and family crisis. Aid to public libraries is also being cut by nine percent.

So it's no surprise Governor Rendell is coming under fire for spending millions in borrowed money on a library for Arlen Specter.

But the governor says these construction projects are a way to keep more Pennsylvania residents employed and to keep the state's economy "humming."
Here’s my question to you: Is now the time for Pennsylvania to borrow $20 million for centers devoted to Arlen Specter and John Murtha?

END_OF_DOCUMENT_TOKEN_TO_BE_REPLACED

Where do you feel the economy is headed? 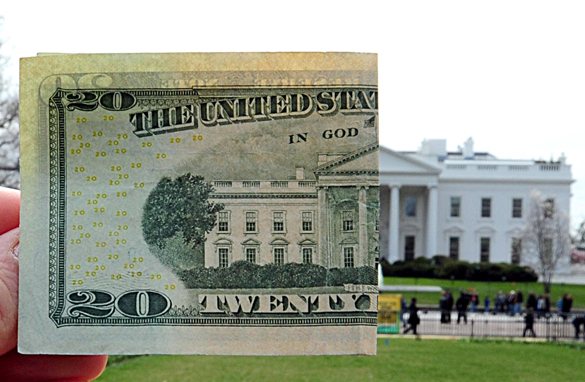 When it comes to the economy - it's tough to find much to be optimistic about these days.

For starters, economic confidence is sinking again. A Gallup index shows fewer people say the economy is "getting better" than at any time in the past year.

As for the jobs picture - it just keeps getting more bleak. Last week's employment report showed job recovery hitting a wall - with the U.S. economy losing jobs for the first time this year in June.

And even though the unemployment rate fell to 9.5 percent from 9.7 percent - this was due mainly to discouraged job seekers not even looking for work anymore. That means they're not counted as part of the labor force.

A whopping 1.2 million people want to work but say they aren't looking because of the weak job market; and it's not so surprising when you consider there are five workers for every available opening.

What's more, many of the people - who worked in sectors like manufacturing and construction - will need entirely new skill sets to switch industries.

Since the start of the recession - 7.9 million jobs have been lost; and it's likely that many of them will never come back.

Even for people who have jobs, it's not necessarily all good. In California, they're looking to cut the salaries of more than 200,000 state employees to federal minimum wage. It's a way to save money since government officials can't agree on a new budget.

To top it all off, the $787 billion in stimulus money is almost all spent. If that was supposed to jump start the economy, then what now?

Here’s my question to you: Where do you feel the economy is headed?