The United States' national debt level is the highest it's been since World War II. The Congressional Budget Office is warning President Obama's deficit commission that something must be done - and quickly.
[cnn-photo-caption image=http://i2.cdn.turner.com/cnn/2010/images/02/17/art.debt.clock.jpg caption="FILE PHOTO: A shot of the National Debt Clock on July 13, 2009"]
By the end of this year, it will represent 62 percent of the nation's economy and will rise to 80 percent in 2035. That means that simply paying the interest on the national debt will consume one-third of all federal revenue. And that's the CBO's most optimistic scenario.

Their worst case scenario has the debt hitting 185 percent of GDP by 2035 and interest payments consuming nine percent of GDP, or more than two-thirds of all federal revenue.

And getting to that point is not at all improbable. The CBO says it has just extend the tax cuts of 2001 and 2003 for most people, permanently protecting the middle class from the Alternative Minimum Tax, and permanently increasing Medicare payments to doctors, and Presto! We're there.

The president's bipartisan deficit commission has until December to come up with some ideas on how to bring down debt and stabilize the deficit. But none of their recommendations will be binding on anyone. And it's no accident their report isn't even due until after the midterm elections. In the meantime, we have a ticking financial time bomb on our hands and our government is sitting on theirs.

Here’s my question to you: What's the answer to America's deepening financial crisis?

Do you feel as patriotic as you used to? 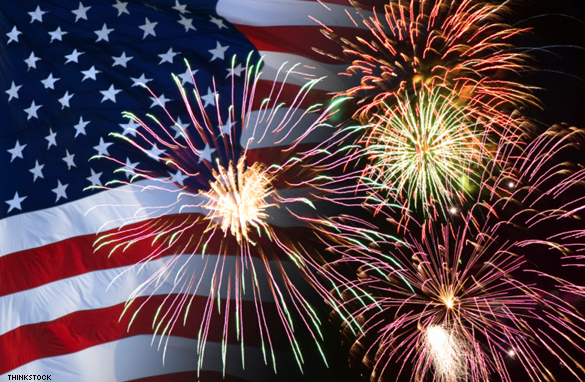 On July 4, 1776, our nation's founders approved the Declaration of Independence in Philadelphia and the greatest nation in the history of mankind was born.

Flash ahead and that nation is struggling as she gets ready to celebrate her 234th birthday.

Two wars, a deep and protracted recession, and a loss of confidence in our government to function in our best interests have dampened our spirits. Most of us don't approve of the job our government is doing, and many of us don't even like the people who represent us.

Almost 10 percent of us can't find a job and many more of us work just part time or have given up looking for work altogether. We are overrun with millions of illegal aliens, and our government refuses to seal our borders or for that matter even address the issue. Except to threaten to sue a state like Arizona, which is struggling to cope with the presence of 460,000 illegal aliens and was forced to pass its own law to try to cope.

The country is $13 trillion in debt. States are broke and cities and towns are slashing programs right and left. It's a telling sign that this Fourth of July more and more places are canceling the fireworks celebrations that have marked our independence forever. Places like Glendale, Arizona, Jersey City, and Springfield, Missouri, don't have the money to throw a birthday party for our country this year.

I don't know about you, but as our nation's birthday approaches, I don't feel much like celebrating. I worry about our children and grandchildren, about our senior citizens who can no longer afford to retire, and about what awaits hundreds of thousands of our service men and women who come home bearing the scars of wars in far away places that seem increasingly irrelevant to our daily lives.

Here’s my question to you: Do you feel as patriotic as you used to?