Why does Pres. Obama seem to have lost his touch? 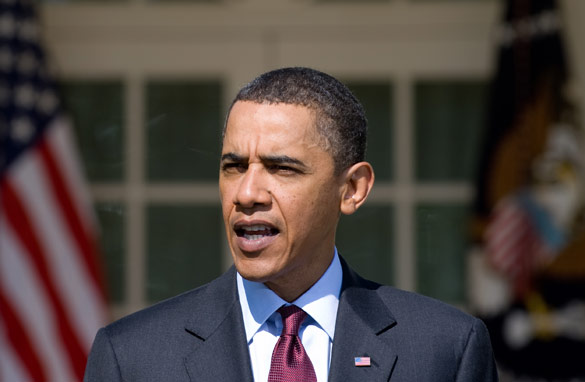 For a man who was invincible on the campaign trail - Barack Obama seems to have lost some of his magic since he got to the White House.

Politico reports how a series of recent missteps has the president's team struggling to regain its touch. One top Democrat says, it's baffling "how one group of people can be so good at campaigning and so bad at politics."

First, the White House has come under fire for trying - and failing - to coax two Democratic Senate candidates out of running for office... by offering them administration jobs.

Lots of presidents do these things. The problem here is, they got caught and it runs counter to Mr. Obama's big themes of transparency and grass-roots empowerment. No more "politics as usual," etc. ...

Then there's the crisis in the Gulf. A catastrophic environmental disaster the likes of which we have never seen before. The president spends three hours on the beach in Louisiana and then goes to Chicago on vacation. And this happens weeks after the oil began gushing from the busted well on the ocean floor.

Like it or not, there are times when a president is called upon to be a father figure to the nation… to sympathize, comfort and reassure us when things are bad. It's what made Reagan and Clinton so popular.

Whatever happened to that firebrand, charismatic speaker who made a thrill go up Chris Matthews' leg?

The president is in trouble.

As Barack Obama marks 500 days in office - a new average of polls shows only 48 percent of the public approves of the job he's doing . And those numbers aren't good enough if he plans to spend more than four years running the country.

Here’s my question to you: Why does President Obama seem to have lost his touch?

K. in California writes:
Well Jack, I didn't vote for the president and I'm not going to vote for him in 2012 but I am going to support him just a little for your question. Let's remember that Pres. Obama came into office at a time of recession, two wars, deficits, etc. His popularity was so high on January 20th 2009 that his numbers had no where to go but down. Here we are in June 2010 with a natural disaster, hurricane season is warming up, two wars, plus North Korea, Iran and Israel showing their teeth. The president can only do so much.

John in San Antonio writes:
Now that he has been elected, it is evident that he will continue the same policies this country has been on for 30 years. Increase the size of government and spending while destroying the economy and middle class. We have heard rhetoric of huge differences between the Republicans and Democrats but never anything that would change the direction of the country, only what would keep our focus from the reality that we have only one political party. We are under corporate control and being guided towards a one world government and there won't be enough people awake in time to prevent it.

Ron writes:
The basic fundamental skill of any junior executive is to be astute enough to prioritize properly. Obama prioritized health care over jobs. A real dumb move and it's been downhill ever since. Now, as unexpected emergencies arise he's spewing words rather than action. He appears to be a nice guy, truly bright with a lot of energy. However, his presidency is in a very deep FUNK and he's quickly sinking to a point of no return.

Melissa writes:
He hasn't, but you Republicans want us to think he has, especially since you're a reporter who loves to scare people to sell your articles.

Dan in Indiana writes:
He is a 1970s academic who views the world through those lenses for good or bad. When the real world of war, oil spills, job losses comes, he and his fellow academics can't find the right book for the answer. Didn't we already do the idealistic 1970s once?