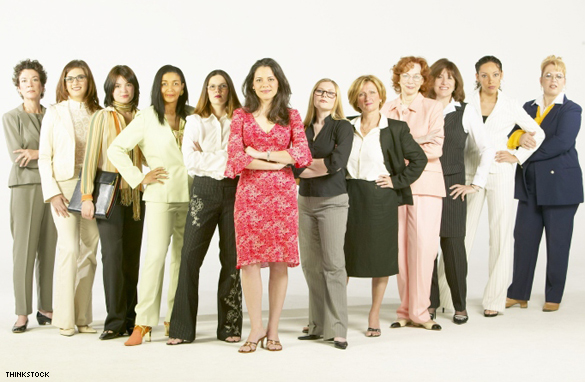 "You aren't too smart, are you? I like that in a man." That was the actress Kathleen Turner in the movie Body Heat. She was speaking to the character played by William Hurt.

It's one of the greatest movie lines ever; and 30 years later, it may resonate with a growing number of marriages.

That's because compared to men, women are advancing more when it comes to education and their careers. This translates into more women marrying men who are less educated and earning less money than they do.

A recent Pew study shows 22 percent of married women made more than their husbands in 2007. That number is up sharply from four percent in 1970.

When it comes to education, women make up about 60 percent of students with advanced degrees in fields like medicine, law, business and other graduate programs.

Also, the recession has hit men harder... with nearly five million jobs being lost by men, compared to two million for women.

So how does this change in traditional gender roles affect marriages? In some cases, experts say there's still a stigma on men who make less... and that professional women don't want to "marry down."

But others insist it works for them: one executive at a Wall Street firm says she finds her husband's career as a dog-walker refreshing. Others say couples can have a healthy marriage as long as both spouses share similar goals and values.

Here’s my question to you: What does it say when many women are better educated and make more money than their husbands?

END_OF_DOCUMENT_TOKEN_TO_BE_REPLACED

Should Democrats support candidate who lied about Vietnam service?

The Democrats may soon wish they had a different horse in the race for the Connecticut senate seat being vacated by Chris Dodd.
[cnn-photo-caption image=http://i2.cdn.turner.com/cnn/2010/images/05/18/art.blumenthal.jpg caption=" Connecticut Attorney General Richard Blumenthal reportedly lied about serving in Vietnam. "]
The New York Times has an explosive front page story today about Democratic candidate Richard Blumenthal - saying he has lied on multiple occasions about serving in Vietnam.

Blumenthal, who is the state's attorney general, never served in Vietnam. Yet on numerous occasions he has said things like: "We have learned something important since the days that I served in Vietnam." He's also referred to: "When we returned." These are lies.

Blumenthal held a news conference this afternoon where he said he unintentionally misspoke on a few occasions, adding that he regrets it and accepts full responsibility. What does that mean? Unintentionally misspoke? Is he not sure whether or not he ever fought in Vietnam? What garbage. He repeatedly referred to his comments as "a few misplaced words."

In what will prove to be a huge mistake, Democrats say they will continue to back him in the race to replace Chris Dodd in the U.S. Senate. If he wins, Blumenthal will fit right in in Washington with the rest of the weasels down there.

Here’s my question to you: Should Connecticut Democrats support Richard Blumenthal who lied about serving in Vietnam?