What should Pres. Obama do about Bush tax cuts?

They're known as the "Bush tax cuts"... but pretty soon they'll be a part of President Obama's legacy too.
[cnn-photo-caption image=http://i2.cdn.turner.com/cnn/2010/images/05/06/art.obama2.jpg caption=""]
That's because Mr. Obama wants the tax cuts - introduced in 2001 and 2003 - to be extended indefinitely for most Americans. They're set to expire at the end of this year though, which means lawmakers must act before then.

And then there's this: Despite the $12 trillion national debt, Pres. Obama isn't calling on Congress to pay for the cost of extending these tax cuts. We're talking about spending more than $2 trillion on his predecessor's tax policy.

Critics say that increasing taxes on the rich will hurt small businesses, job growth and the stock market. But Democrats say the plan is fair because middle class Americans are struggling more than the wealthy. So their solution is to take from the well-off and give to the not-as-well-off. You know, redistribute the wealth.

Meanwhile it's not clear when Congress will take up the issue. It might happen before their summer break so they can go home and brag to their constituents about what they've done ahead of the midterm elections.

But the hard truth is this: Extending those tax cuts without paying for them... perhaps by, say, cutting government spending, is just irresponsible.

Here’s my question to you: What should President Obama do about the Bush tax cuts due to expire at the end of the year?

END_OF_DOCUMENT_TOKEN_TO_BE_REPLACED 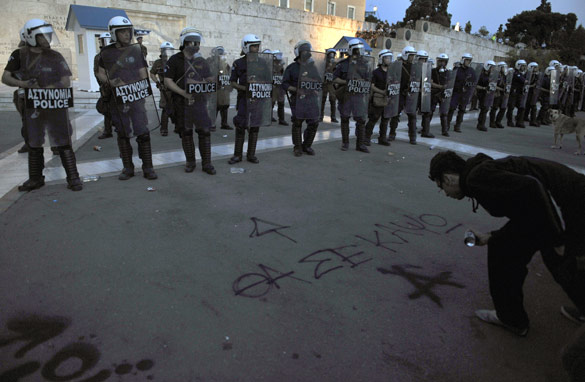