As thousands of people work to contain that massive oil spill in the Gulf of Mexico - there are serious questions about future U.S. policy when it comes to offshore drilling.
[cnn-photo-caption image=http://i2.cdn.turner.com/cnn/2010/images/05/05/art.offshore.drilling.jpg caption=""]
Fisherman, National Guard troops, volunteers and the oil company BP - which is responsible for the leak - are battling the oil spill with everything from steel to fire.

But there are growing concerns that if the oil reaches the shore - it will kill wildlife and damage the jobs of thousands of people in Louisiana, Mississippi, Alabama and Florida. And the effects will be felt for years in the affected areas.

New offshore drilling has been banned in most U.S. waters since the early 1980s; but just a few weeks ago - President Obama announced plans to expand offshore oil drilling because of the country's energy and economic needs.

He said the federal government would start leasing some areas off the coasts of Virginia, Alaska and potentially Florida to oil companies.

Suddenly that doesn't seem like such a good idea.

The White House now says President Obama's offshore plans aren't set in stone. And a group of Democratic senators says any new plans for offshore drilling are "dead on arrival."

Even Some Republicans are changing their minds - Florida governor Charlie Crist, who has previously supported offshore drilling, now says it's quote "got to tabled, for sure." California governor Arnold Schwarzenegger has withdrawn his support for a plan that would expand drilling off the coast of California.

Here’s my question to you: What should U.S. policy be when it comes to offshore oil drilling?

END_OF_DOCUMENT_TOKEN_TO_BE_REPLACED 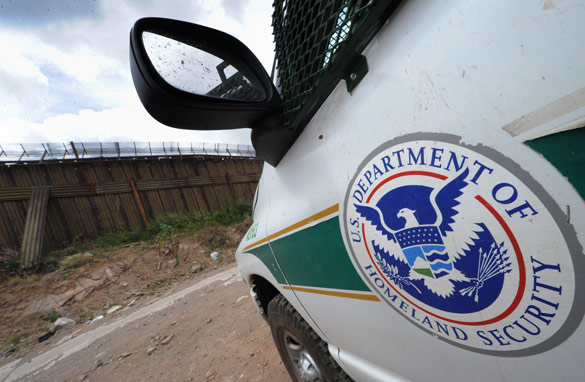 A Border Patrol vehicle keeps watch beside the border fence that divides the U.S. from Mexico in the town of Nogales, Arizona. (PHOTO CREDIT: MARK RALSTON/AFP/Getty Images)

A new CBS News/New York Times poll shows 51 percent of those surveyed say the law is "about right" and 9 percent say it "doesn't go far enough." 36 percent believe the controversial law - which gives police broad powers to detain people they think are in the country illegally - "goes too far."

This new poll also shows broad majorities of Americans say illegal immigration is a "very serious problem" and that this country's immigration policies need a major overhaul... although people are divided about what the right solution is.

Even though most people think the Arizona law will result in racial profiling and overburden local police forces... large majorities think it will reduce the number of illegal aliens in Arizona, illegal border crossings and crime.

It's pretty clear what's going on here: The issue of illegal immigration has developed into a national crisis - and the American people have had a bellyful of the federal government's unwillingness to address it.

Despite all the rhetoric from our lawmakers, there is no legislation pending in Congress. But more importantly, almost nine years after 9/11 and four days after a terrorist tried to blow up Times Square in New York, the federal government refuses to secure this nation's borders.

Here’s my question to you: What message does it send to Washington that a majority of Americans support Arizona’s new immigration law?

END_OF_DOCUMENT_TOKEN_TO_BE_REPLACED

Cafferty: Whatever happened to John McCain?

Cafferty: How to fix Social Security?