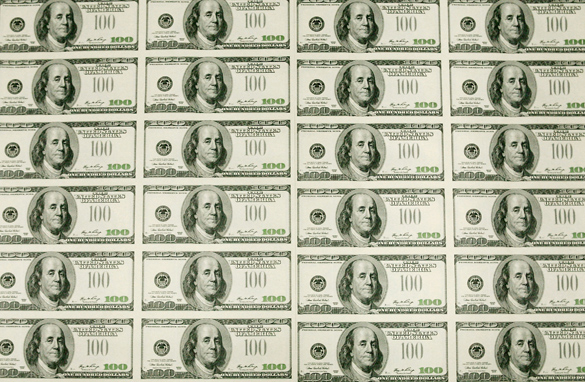 END_OF_DOCUMENT_TOKEN_TO_BE_REPLACED

2/3 of Americans support financial reform, but Senate GOP blocks it

Here we go again. Yet another example of our representatives in Washington not listening to what the people want.
[cnn-photo-caption image=http://i2.cdn.turner.com/cnn/2010/images/04/27/art.brown.jpg caption="Sen. Scott Brown (R-MA) talks with reporters after a vote on financial reform. Senate Democrats failed to bring legislation to the floor for debate in a 57-41 vote, unable to gain the 60 votes needed to overcome the threat of a Republican filibuster."]
Despite the fact that two-thirds of Americans support tougher regulation of banks and Wall Street... Republicans have already voted unanimously to block financial reform from reaching the senate floor - and they might do it again minutes from now when another test vote happens.

The poll also shows majorities back two key parts of the senate bill... including greater government oversight of consumer loans... and a fund - paid for by the banks - that would help dismantle failing institutions. According to this poll, the public is split on letting the government regulate complex financial instruments knows as derivatives.

Also - by a double-digit margin, Americans trust Pres. Obama more than the Republicans in Congress to handle financial reform...

Not a huge surprise when you consider how the GOP is handing this. Although Republicans say they want a bill to pass... they say it needs to be "substantive" and they insist they won't be quote "rushed on another massive bill" by the Democrats. Top Republicans remain optimistic they can come to a bipartisan agreement.

Meanwhile, Majority Leader Harry Reid - who called another vote for this afternoon - says the Democrats won't tolerate efforts to water down the reform.

Here’s my question to you: Why are Senate Republicans blocking financial reform legislation when two-thirds of Americans want it done?

END_OF_DOCUMENT_TOKEN_TO_BE_REPLACED

Cafferty: Is your recession over?