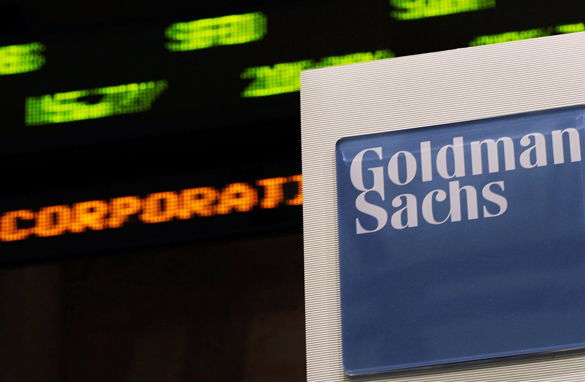 Simon in Orlando writes:
You bet. I guess the "change we can believe in" went into his pocket. How can we believe that he will support any meaningful changes on Wall Street when he has taken that much money from just one company? How much did he get from the others?

Tom in Arlington, Virginia writes:
Goldman Sachs and their employees are free to give their money to whatever political candidates they want, and maybe they gave to President Obama's campaign because they wanted to have some sway in his administration. The recent fraud investigation into their practices has made one thing clear: they don't.

Maria in Brunswick, Maryland writes:
No, he shouldn't. He should put the money toward the national debt. That would make Goldman Sachs weep like babies. Or Obama should give it to a specified list of non-profits, or apply it to greening the government buildings and vehicle fleets. But nothing should go back to Goldman Sachs.

Brandon in Colorado writes:
Is this really a conflict of interest? Obama received $1 million in campaign funds from Goldman, but how much did he receive from other sources? A million dollars isn't exactly a game changer in the United States economy today.

John in San Antonio writes:
He should, but don't look for the CEO of the U.S. Government, Inc. to do anything to upset its parent corporations.

Travis in San Diego writes:
I am stunned on a daily basis that any individual in this country thinks that they are being represented by the "elected officials" at any level of government. These people take money from anyone only to get elected and hold onto their power. I am ashamed at the masses for being so gullible.

Joe in Minneapolis writes:
If Obama isn't a hypocrite, he will return the money. If Obama is a hypocrite and keeps the money, what did it buy?