Are humans 'too stupid' to prevent climate change? 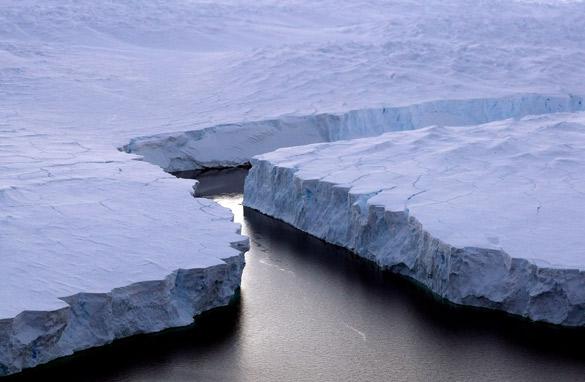 A new climate bill that would cap carbon emissions, increase offshore oil drilling and expand nuclear power generation may soon be making its way to the Senate floor.

Senators John Kerry, Joe Lieberman, and Lindsey Graham - a Democrat, Independent and Republican respectively - are reportedly drafting legislation with broader appeal than the last climate change bill, which stalled in the Senate in the fall. The hope is that more conservatives and moderates will get on-board this time.

But it doesn't really matter, according to one of the biggest names in climate change. James Lovelock, a British scientist at the forefront of global warming research, says humans are too dumb to prevent climate change and that democracy is partly to blame.

In a new interview published in the British paper "The Guardian," Lovelock says climate change is an issue that may be as severe as a war and that "even the best democracies agree that when a major war approaches, democracy must be put on hold for the time being." Lovelock says that may eventually be necessary when it comes to global warming. He also claims only a catastrophic event now could persuade people to really take the threat of climate change seriously.

Here’s my question to you: Are humans "too stupid" to prevent climate change?

What does it mean that the Census Bureau can't be ready for 2010 count?

[cnn-photo-caption image=http://i2.cdn.turner.com/cnn/2010/images/03/30/art.census.jpg caption="The Census form is required to be returned by April 1. The first Census was taken in 1790, when the U.S. population was less than the current population of Los Angeles - around four million."]

It may not be a coincidence that April Fool's Day is the same day. But the joke here is more sad than it is funny.

You see, even though the agency has had 10 years to work out the kinks in this cumbersome process of counting every American man, woman and child, it hasn't.

Information technology problems are a top concern, in particular two software programs that manage the maps and workloads for census takers making those door-to-door follow up visits. An estimated 50 million households out of a total of 120 million will likely require a follow-up visit. The Census Bureau says there is still time to fix the problems - they've had 10 years to get ready for this - but they say time is running out. No kidding.

The Census Bureau has already shelled out an extra $88 million for a technology glitch last fall that paid $300 to a reported 15,000 temporary hires who did little or no work updating the Bureau's maps.

The entire Census process is expected to cost taxpayers more than $14 billion, but that number will likely be higher and who knows how reliable the results will be. This is our government at work. Now they want to manage health care.

Here’s my question to you: What does it mean that the Census Bureau can't be ready for 2010 count?