How would you rate Pres. Obama on foreign policy?

When Barack Obama was elected, there was a hope that he would improve America's standing on the world stage.
[cnn-photo-caption image=http://i2.cdn.turner.com/cnn/2010/images/03/16/art.world.jpg caption=""]
More than a year later, tensions are rising between the U.S. and several key nations.

In the Middle East, by some counts, U.S.-Israeli relations are "in a crisis"... the worst in more than three decades.

Israel's Prime Minister, Benjamin Netanyahu, is defiant when it comes to defending construction in East Jerusalem - despite pressure from the U.S. to stop. This will probably throw a wrench into Israeli-Palestinian peace talks; and that only hurts America's image in Arab countries. Israel announced the construction during V.P. Biden's trip to Isral - a big time diplomatic slap in the face. Meanwhile Hamas called for a "day of rage" today, rioting at the re-opening of a synagogue in Jerusalem.

Then there's China... Some suggest the communist nation is manipulating its currency; and trying to take advantage of America's credit crisis. For its part, China accuses the U.S. of pursuing hegemony in the world, trampling upon the sovereignty of other countries and trespassing on their human rights. Didn't we use to say that human rights stuff about China? Things sound good there.

President Obama has been unable to do anything about Iran's nuclear program, despite making that a priority early in his term.

And lastly - ahead of President Obama's scheduled trip to Asia - thousands of people protested in Indonesia, the world's most populous Muslim country.

The followers of a conservative Islamic group say that even though Mr. Obama spent his childhood in Indonesia, as president he is following the policies of George Bush in places like Iraq and Afghanistan.

Here’s my question to you: When it comes to foreign policy, how would you rate President Obama?

END_OF_DOCUMENT_TOKEN_TO_BE_REPLACED

How should Church address child abuse claims in Europe? 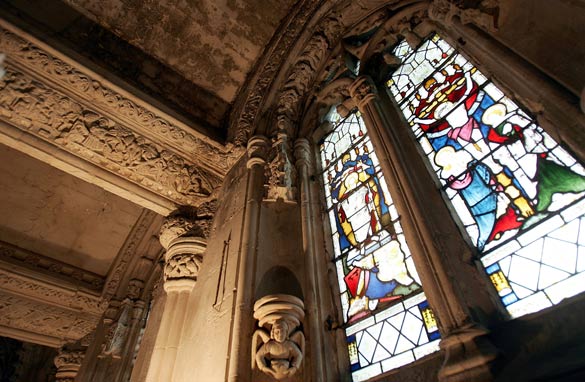 The Catholic Church is immersed in yet another child sex abuse scandal - this time in Europe.

Allegations of sex abuse by Catholic priests are spreading across the continent - from Pope Benedict the 16th's native Germany to Ireland, Austria, Switzerland, Italy and the Netherlands.

And this time the claims may hit a little too close to home for the Pope.

The Archdiocese of Munich has revealed it allowed an abusive priest to keep working in the early 1980s - at a time when Benedict was archbishop there.

The Vatican was quick to respond - with the number two official at the time claiming full responsibility. But Benedict was the archbishop.

The scandal keeps growing. In Germany alone there are new claims nearly every day; hundreds of alleged victims have come forward claiming either sexual abuse or physical violence at the hands of priests.

In Ireland the floodgates have opened - there are now more than 15,000 complaints in a country of four million people. Three government-ordered reports have shocked and disgusted that nation.

As more and more victims come forward with their stories, some wonder if it's not just a matter of time before some European dioceses will be forced to declare bankruptcy like some did in the U.S.

Experts say the Pope is not likely to resign. Of course not - that would be tantamount to an admission of guilt, wouldn't it?

But the scandal could do enormous damage to his papacy, his moral credibility and his reputation.

Here’s my question to you: How should the Catholic Church address the child abuse claims sweeping across Europe?

END_OF_DOCUMENT_TOKEN_TO_BE_REPLACED

Should Pelosi be allowed to push health care through House without a vote?

Just when you think you've seen it all in Washington... along comes something like this:
[cnn-photo-caption image=http://i2.cdn.turner.com/cnn/2010/images/03/16/art.pelosi.jpg caption="House Speaker Nancy Pelosi may call for a vote on a rule that would simply 'deem' the Senate health care bill passed."]
House Speaker Nancy Pelosi may try to pass the controversial health care reform bill without making members vote on it. Unbelievable.

Pelosi says she might use a procedural tactic where the House will vote on the package of fixes to the Senate bill... and then that vote would signify that lawmakers "deem" the health care bill to be passed.

Politically speaking, this is beyond sleazy. It's meant to protect Democrats - especially those up for re-election in November - from having to make a tough vote. Pelosi says of this process, "I like it... because people don't have to vote on the Senate bill." In Nancy Pelosi's world, accountability is a dirty word.

The Senate bill, of course, contains many provisions that are unpopular among some House Democrats - including language on abortion funding and taxes on high-cost insurance plans.

This tactic has been used in the past - but never for something as big and important as the nearly $900 billion health care reform bill.

Republicans are jumping all over this - and rightfully so. They're painting it as a way for Democrats to avoid taking responsibility. Some even suggest it's unconstitutional.

Meanwhile President Obama is campaigning relentlessly - calling on lawmakers to pass health care reform, "I want some courage. I want us to do the right thing."

The irony here is if Nancy Pelosi gets her way, it won't take much courage at all on the part of our so-called representatives.

Here’s my question to you: Should Nancy Pelosi be allowed to push health care reform through the House without a vote?