Would you rat out a tax cheat for $? 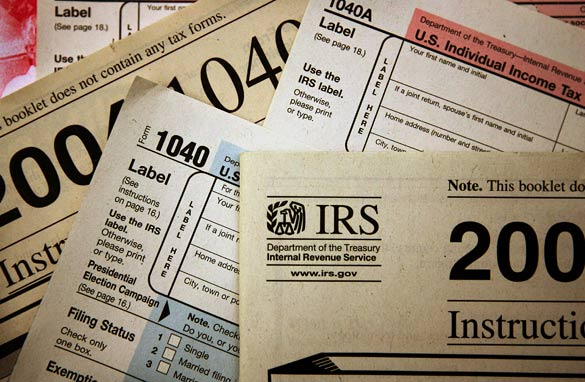 If you know someone cheating on their taxes - and chances are you do… there may be a buck or two in it for you.

Under the Internal Revenue Service's Informant Program, you could receive up to 15 percent of the amount that's been underpaid... with a maximum award of $10 million.

Informants have to complete a claim and send it to the IRS. Informants' names aren't made public, even though they have to reveal their identity to the IRS. They also have to give a lot of detailed information about the tax cheat - including the person's social security number, address and date of birth.

In the last few years, the IRS has also started cracking down on big-time cheaters with a new whistle-blower program... which has turned up lots of tips.

It's believed the most common informants are dissatisfied middle-ranking employees in big companies. They may feel frustrated about not advancing so they turn in co-workers or bosses. Although one tax expert points out there's likely a real mix of informants - including those looking for revenge and turning in their former spouse or boss.

People snitch for various reasons, including of course the big financial payoff. Some also feel angry about others being above the law and getting away with it or feel morally obligated to turn in cheaters.

Some factors that turn people away from reporting cheats: The exhaustive amount of information required along with fear of retaliation.

But with tax season right around the corner...

Here’s my question to you: Would you rat out a tax cheat to make money?

END_OF_DOCUMENT_TOKEN_TO_BE_REPLACED

The one-man Jim Bunning filibuster ended in the Senate - and they have now voted to pass a $10 billion dollar benefits measure.
[cnn-photo-caption image=http://i2.cdn.turner.com/cnn/2010/images/03/03/art.job.seek.jpg caption="A job seeker stands outside an employment office in Brooklyn, New York."]
The 78-to-19 vote means there will be a 30-day extension of unemployment benefits, highway funding and other federal programs.

President Obama praised the Senate's move, saying it will extend access to health care benefits for those who lost their jobs, help small business get loans so they can grow and hire more workers, and extend unemployment insurance benefits for millions looking for work.

If the Senate hadn't approved this measure, it's estimated more than one million people would have been affected this month and nearly five million by June. There's no question that with the national unemployment rate at 10 percent, millions and millions of Americans are depending on these government benefits to get by.

But some point out that never-ending extensions of unemployment benefits are a drain on the Treasury, an addition to the deficit, and a disincentive for recipients to actively look for work. Why search for a job when the government is still cutting you a check each week?

Here’s my question to you: At what point should the government stop extending jobless benefits?

END_OF_DOCUMENT_TOKEN_TO_BE_REPLACED

Should gun control be up to state and local jurisdictions?

Chicago has had a handgun ban in effect for nearly 30 years. Yet despite one of the strictest laws in the country, parts of the Windy City resemble a shooting gallery.
[cnn-photo-caption image=http://i2.cdn.turner.com/cnn/2010/images/03/03/art.gun.jpg caption=""]
Now there's an appeal to the U.S. Supreme Court, and it seems like the conservative majority on the high court is ready to say that the Constitution gives individuals greater - or at least equal - power than the states when it comes to possessing certain firearms.

Two years ago the Court struck down a Washington, D.C. gun ban, and the plaintiffs in the Chicago case now want the justices to apply this ruling to cities and states around the country.

The four plaintiffs represent average Chicagoans - who say they should be allowed to protect themselves from gun violence.

They include a couple worried that burglars will return when the wife is home alone, a retiree afraid that drug dealers will try again to steal from him, and a former cop who wants to protect himself like he used to.

They claim the gun ban winds up hurting those who obey the law and makes them more vulnerable. See, the criminals generally ignore gun laws and carry whatever weapons they want.

Ironically, Chicago imposed the strict gun ban back in 1982 to try and fight gang and firearm violence. The city argues that handguns are used to kill in the U.S. more than all other weapons combined.

Mayor Richard Daley insists that cities and states should be able to decide how best to protect their citizens.

Here’s my question to you: Should gun control be up to state and local jurisdictions?