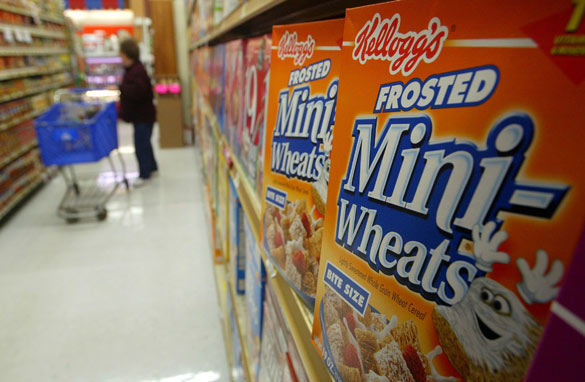 Mike from Boca Raton, Florida writes:
Taxing a basic necessity like food is NOT the answer. What is the answer is reducing the budget shortfalls by reducing spending. In my family, in a month when I earn less money, we SPEND less. Not too hard of a concept to understand, even for a government type.

Melissa writes:
Two percent? That doesn't sound that bad. But then I live in Tennessee where I pay 8.25% sales tax on food and 9.75% on everything else. Part of that goes to the local government. And we're still broke.

Duane from Lock Haven, Pennsylvania writes:
Food is a necessity and should not be taxed. Driving is a privilege; if they have to tax something, do it at the gas pump. The way gas keeps going up no one would notice.

Victor from Baltimore writes:
So you prefer 1,400 more unemployed, more houses in foreclosure, and an increasing state and city budget gap because of falling receipts from real estate taxes. You prefer fewer cops on the streets, fewer firefighters, and fewer libraries and teachers.

Casey from Anthem, Arizona writes:
How does the city expect the people of Phoenix to get ahead with a 45% decrease in real estate and now you’re taxing our food as well? Haven't we suffered enough?

Tony from Idaho writes:
Idaho slaps a 6% sales tax on all grocery purchases, which is an abominable policy. All sales taxes affect those with lower incomes disproportionately, and taxing food is especially heinous. But the conservative leaders in this ruby red state would rather increase the burden on the poor and middle class than raise taxes on the wealthy and business.

Della from Massachusetts writes:
Hi Jack. Sorry, I'm from Tax-a-chusetts so it would not bother me at all. I'm numb (ha ha ha).

Caroline writes:
What's next, taxing the air that we breathe?