How effective is deficit panel that can't make Congress act until after elections?

President Obama is backing a bill to create a bipartisan budget commission, which could force Congress to vote on doing something about the country's skyrocketing deficits - the likes of which we haven't seen since World War II.
[cnn-photo-caption image=http://i2.cdn.turner.com/cnn/2010/images/01/25/art.capitol.jpg caption=""]
But here's the catch - this panel would report after the November elections and Congress would vote on its recommendations in December. Wouldn't want lawmakers to have to vote on raising taxes or cutting spending before re-election, right?

President Obama says the deficits didn't "happen overnight and won't be solved overnight." He adds the only way to solve long-term fiscal challenge is with Democrats and Republicans working together.

Haven't we heard this song before? And not even starting the process for at least ten more months guarantees nothing will happen "overnight."

This proposed panel is getting push-back from members of both parties. Most Republicans don't want an entity that would likely lead to tax increases - even though most economists agree that deficits can't be brought under control by only cutting spending.

As things stand now - officials expect the U.S. will hit the current $12.4 trillion cap on borrowing in the the next few weeks; so Democrats are trying to raise this cap by almost $2 trillion. This would allow the government to keep paying its bills through the rest of this year, and - this is key - the Democrats wouldn't have to try and raise the debt ceiling again for November's elections.

Here’s my question to you: How effective is a deficit panel that can't force Congress to act until after the November elections?

END_OF_DOCUMENT_TOKEN_TO_BE_REPLACED

Is the stimulus package creating jobs? 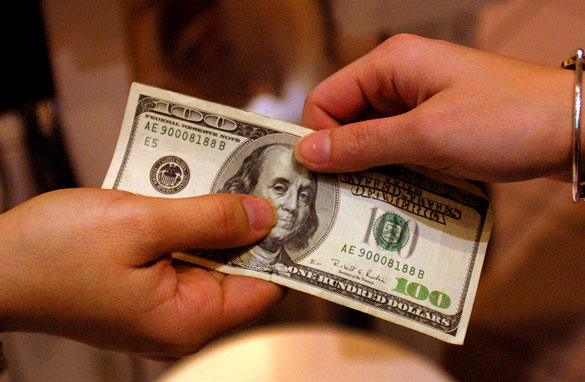 Almost a year since President Obama signed the massive $787 billion dollar economic stimulus package into law, turns out the public isn't so crazy about it.

A new CNN-Opinion Research Corporation Poll shows almost three-quarters of Americans say that at least half of the money spent has been wasted.

There's even disagreement among the president's top lieutenants on how effective the stimulus package has been. Three top White House officials gave three different answers on the Sunday talk shows about how many jobs could be credited to the president's recovery act.

The so-called American Recovery and Reinvestment Act was meant to stimulate the economy by increasing federal spending and cutting taxes.

The White House predicted the stimulus package would keep the unemployment rate from going above eight percent - it's 10 percent.

Here’s my question to you: Do you believe the stimulus package is creating jobs?

END_OF_DOCUMENT_TOKEN_TO_BE_REPLACED

Why has Obama become such a polarizing figure?

President Obama is the most polarizing first-year president since it was first tracked in the Eisenhower era.

A new Gallup poll shows on average - 88 percent of Democrats approved of the president during his first year in office - but only 23 percent of Republicans did.
[cnn-photo-caption image=http://i2.cdn.turner.com/cnn/2010/images/01/25/art.pres.obama.jpg caption=""]
This 65 point gap for President Obama is higher than the previous record of 52 points for Bill Clinton; and also tops George W. Bush's first year gap of 45 points.

Bush's average gap for the eight years was 61 points between Republican and Democrat approval; and if Mr. Obama continues in the direction he's headed, he could be more polarizing than Bush. Go figure.

Keep in mind - One year ago, President Obama came into office with one of the highest approval ratings among post-World War II presidents. But he quickly lost most of the Republican support while maintaining that of the Democrats. And overall his approval rating has been going down.

Gallup suggests that although President Obama set out to unite Americans, the country itself has become much more partisan.

There is of course time for President Obama to turn around these numbers, starting perhaps with the State of the Union address Wednesday night.

If that's the case, it could be a real challenge for the president to push through other legislative priorities.

Here’s my question to you: Why has President Obama become such a polarizing figure?