Why so many Democrats headed for the exits?

Not a good sign for the Democrats when a growing list of lawmakers - including veteran Senators Chris Dodd and Byron Dorgan - are choosing not to run for re-election this Fall.
[cnn-photo-caption image=http://i2.cdn.turner.com/cnn/2010/images/01/06/dodd.dorgan.jpg caption=" (L to R) Sen. Chris Dodd, D-CT and Sen. Byron Dorgan, D-ND"]
Dorgan of North Dakota says he wants out of politics in order to do other things. Connecticut's Chris Dodd acknowledges his difficult political situation, along with personal reasons, in not running for a sixth term. Dodd has been under fire for his ties to the financial industry and his dealings with a VIP mortgage loan program.

Things are looking pretty rough for the Democrats come November. When you consider the sagging poll numbers of President Obama and the Democratic Party, some suggest the Republicans could have their best chance in years of making big gains.

In the senate, the Democrats stand to lose their filibuster-proof majority of 60 votes. And it's estimated they could lose 20 to 30 seats in the House. If those things happen, President Obama could be rendered almost powerless when it comes to getting his legislation passed.

These retirements come at a time when Democratic incumbents - including big names like Majority Leader Harry Reid and Senator Arlen Specter - are facing tough re-election fights of their own.

Here’s my question to you: Why are so many Democrats heading for the exits?

END_OF_DOCUMENT_TOKEN_TO_BE_REPLACED

In light of the botched Christmas Day terror attack - some are suggesting it's time for heads to roll in the Obama administration. And quite a few fingers are pointed at Homeland Security Secretary Janet Napolitano.
[cnn-photo-caption image=http://i2.cdn.turner.com/cnn/2010/images/01/06/art.napolitano.jpg caption="Homeland Security Secretary Janet Napolitano."]
For one thing she couldn't wait to utter the inane comment, "the system worked," right after someone tried to blow an airplane out of the sky. She later clarified her remarks…but the damage was done.

Republican Senator John Kyl, from her home state of Arizona, told reporters he no longer feels "totally safe" with his former governor in charge of homeland security... Kyl said this with Arizona's other Senator - John McCain - by his side. Quite a different tune from last year - when both Republicans cheered her nomination. Other Republicans have actually called for the secretary's resignation.

Defenders of Napolitano say it's one of the toughest jobs in government - managing 20-plus agencies and a nearly $50 billion budget. And there is precious little in Janet Napolitano's background that qualifies her to be in charge of homeland security.

At the end of the day, the buck stops at the top. It's one thing for President Obama to express righteous indignation - which he did yesterday - but quite another to lead by example. The president is already developing a reputation for being indecisive, wishy-washy, governing by consensus, etc. Here's a chance for him to break out of that.

Besides, if he fired Napolitano, it would likely get a lot of other people's attention in government.

Here’s my question to you: In the wake of the latest attempted terror attack, should Homeland Security Secretary Janet Napolitano be fired?

END_OF_DOCUMENT_TOKEN_TO_BE_REPLACED 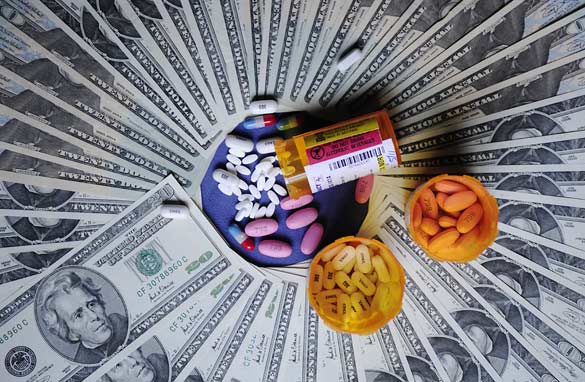 What a far cry from the election when then-candidate Obama pledged to quote "broadcast health care negotiations on C-Span so that the American people can see what the choices are."

President Obama hasn't even made a token effort to keep his campaign promises of more openness and transparency in government. It was all just another lie told for political expediency.

The head of C-Span wrote a letter asking Congress to "open all important negotiations, including any conference committee meetings, to electronic media coverage."

When White House press secretary Robert Gibbs was asked whether the administration would support televising the negotiations, he refused to answer, mumbling something about "I haven't seen the letter." That wasn't the question. You either support openess or you don't.

The Democrats insist this is all on the up-and-up... with House Speaker Nancy Pelosi saying "there has never been a more open process for any legislation." Really?

This is the same Nancy Pelosi who, after becoming Speaker in 2006, promised the Democrats would have "the most honest, most open and most ethical Congress in history." Let's hope the voters remember some of this crap when the midterm elections roll around later this year.

Here’s my question to you: Should secret negotiations be used to reconcile the two health care bills?