Some kids reach age 3 without saying a word

Some children are reaching the age of 3 without being able to say a single word.
[cnn-photo-caption image=http://i2.cdn.turner.com/cnn/2010/images/01/04/art.3.jpg caption=""]
The London Times reports on a survey that also shows boys are almost twice as likely as girls to have difficulties learning to speak. The average baby speaks their first word at around 10 or 11 months... but this poll done in the UK shows four-percent of parents report their child said nothing until 3 years old. At that age - toddlers should be able to use up to 300 words, including adjectives, and string them together.

The poll of more than 1,000 parents also shows almost one in six parents say their child had problems learning to talk... that figure rises to one in four when it comes to parents of boys.

On average - girls say their first word sooner... and string words together at a younger age.

Experts say late speech development can lead to problems - like low academic achievement or mental health issues. They say that it takes lots of help and encouragement in order for children to learn how to talk... parents need to talk to their kids, read stories, play word games, point out new objects, etc. Translation: Some parents need to focus on their kids and engage them more.

This is scary stuff here... if some kids aren't talking until they're 3, it can cause issues for the rest of their lives... when it's time to read, write, communicate, etc.

Here’s my question to you: How serious a problem is it if some children reach age 3 without saying a single word?

END_OF_DOCUMENT_TOKEN_TO_BE_REPLACED 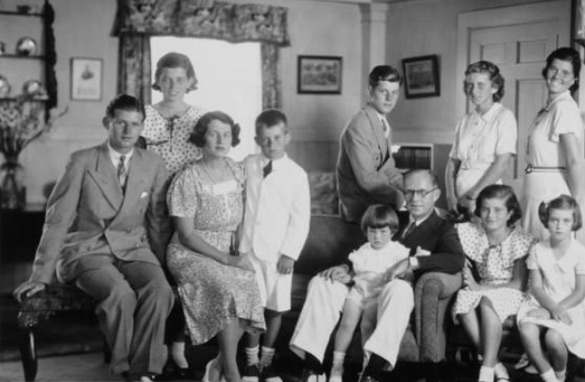 END_OF_DOCUMENT_TOKEN_TO_BE_REPLACED

What to blame for U.S. economic demise?

The past decade of self-delusion and self-indulgence has damaged the U.S. severely... and we may not be able to fix it.
[cnn-photo-caption image=http://i2.cdn.turner.com/cnn/2010/images/01/04/art.job.fair.jpg caption="Employment seekers line up to get into a job fair in New York."]
In a column for the web site "Human Events," Pat Buchanan points to some staggering statistics about how far this country has fallen... including:

Buchanan writes we did this all to ourselves believing we were "the greatest empire since Rome" and "the indispensable nation"... while buying into the global economy and free trade.

Meanwhile - prospects for robust and sustained economic growth in this new decade appear bleak. Top economists predict U.S. GDP will expand less than 2-percent per year for the next 10-years. They point to factors like a poor job market, a weak real estate sector and the banks.

Here’s my question to you: What’s to blame for America’s economic demise?