Federal workers make twice as much as private sector workers

Turns out federal government workers haven't had it so bad during the recession... on average making nearly twice as much as workers in the private sector.
[cnn-photo-caption image=http://i2.cdn.turner.com/cnn/2009/images/12/14/art.white.house.money.jpg caption=""]
USA Today puts the average federal worker's pay at about $71,000... compared with about $40,000 in the private sector.

What's more - the number of federal workers making $100,000 or more went from 14-percent to 19-percent during the first 18-months of the recession... This at a time when more than seven million Americans lost their jobs in the private sector.

And, This increase in federal workers making 6-figure salaries is happening everywhere - big and small agencies, high and low-tech jobs. The reasons for the jump in pay are substantial pay raises along with new salary rules.

Consider this: Federal employees will get a two-percent pay raise in January 2010.

50 million Social Security recipients will get no cost of living increase next year for the first time in more than 30 years. But government workers are getting a raise. The reason is that social security increases are pegged to the cost of living. And that actually went down over the last 12 months - which means the cost of living is going down.

So… no increase for the nation's elderly on Social Security… but government workers get a raise - even though they already average almost twice as much as workers in the private sector.

Makes a lot of sense, doesn't it?

Here’s my question to you: What does it mean that the average federal worker makes almost twice as much as the average private sector worker? 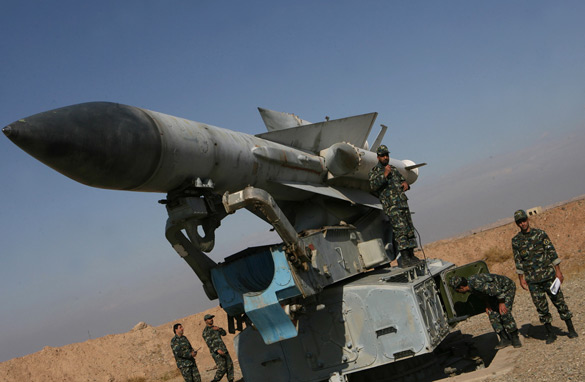 When it comes to Iran's nuclear program... the country just keeps thumbing its nose at the rest of the world.

The Times of London reports it has gotten its hands on secret documents that show Iran is working on testing a key final part for a nuclear bomb. The notes describe a four-year plan to test the component that triggers a nuclear explosion.

It's believed these documents are from 2007 - four years after Iran was thought to have ended its weapons program.

Tehran has repeatedly said that its nuclear program is for peaceful purposes, but with these new documents, experts insist there's no possible use for what the Iranians are doing here - except for a nuclear bomb.

The latest revelation will likely increase pressure for tougher UN sanctions... not like it really matters. Iran has already pretty much ignored 3 sets of sanctions meant to curb its uranium enrichment program.

Meanwhile tens of thousands of students filled the streets of Iran for two days last week in the biggest anti-government protests in months. Many protesters shouted slogans against the supreme leader Ayatollah Ali Khamenei and President Mahmoud Ahmadinejad and chanted "Death to the Dictator."

The U.S. insists it won't sit by and ignore the protests in Iran... with one top diplomat saying the Iranian people "deserve decent treatment from their government."

Also today - Iran says it will try those three American hikers jailed since crossing the Iraqi border last summer. Iran has accused the Americans of spying - but the U.S. insists they were tourists. Some worry Iran could use them as bargaining chips in nuclear talks.

END_OF_DOCUMENT_TOKEN_TO_BE_REPLACED

Do you think the recession is over?

Depending on which member of the Obama administration you ask - the recession may or may not be over.
[cnn-photo-caption image=http://i2.cdn.turner.com/cnn/2009/images/10/06/art.want.ads.jpg caption=""]
There were mixed messages coming this weekend from some of the president's top economic aides.

Larry Summers, head of the National Economic Council, said: "Today, everybody agrees that the recession is over, and the question is what the pace of the expansion is going to be."

He pointed out the U.S. was losing 700,000 jobs a month when the president took office - and last month we lost 11,000 jobs. He says there should be job growth by spring.

But wait... When Christina Romer - head of the White House Council of Economic Advisers - was asked if the recession is over, she said: "Of course not. For the people on Main Street and throughout this country, they are still suffering." Romer says she won't say the recession is over until the unemployment rate is back to about five percent. Right now - it's at 10-percent.

The Obama administration is doing a balancing act here. On the one hand - they want to show optimism that the economy is recovering - after all, there is an election in November. But - they also want to appear sensitive to the difficult time that millions of Americans are still going through.

However, saying both these things at the same time is confusing.

Here’s my question to you: In light of mixed messages coming from the Obama administration, do you think the recession is over?