Would you choose your child's gender?

Choosing your child's gender is becoming more and more mainstream in the United States.
[cnn-photo-caption image=http://i2.cdn.turner.com/cnn/2009/images/12/10/art.newborn.gi.jpg caption=""]
It's done by using a technology called pre-implantation genetic diagnosis - which was developed two decades ago to screen embryos for genetic diseases. Parents using in vitro-fertilization have the embryos screened to make sure they're not passing along genetic illnesses.

But the same screening can also be used to select the gender of the embryo that's implanted in the mother's uterus.

In most countries it's illegal, but not here in the land of instant gratification. It costs about $18,000.

Experts say most of the clients come from other countries; but that a lot of the Americans using this technology for gender selection already have a boy and want a girl - or vice versa.

Critics worry about the ethics of it all… is this really stuff we should be playing around with? And they suggest it could lead to a gender imbalance - especially in countries that traditionally prefer boys - places like China or India.

A doctor who pioneered this technique says he worries about using it to screen embryos for non-scientific reasons - asking if it's something doctors should be involved in.

But other fertility doctors see nothing wrong with it and say it's just another example of giving women more reproductive choices.

Here’s my question to you: Would you choose your child’s gender?

END_OF_DOCUMENT_TOKEN_TO_BE_REPLACED

Is there such thing as too much information? 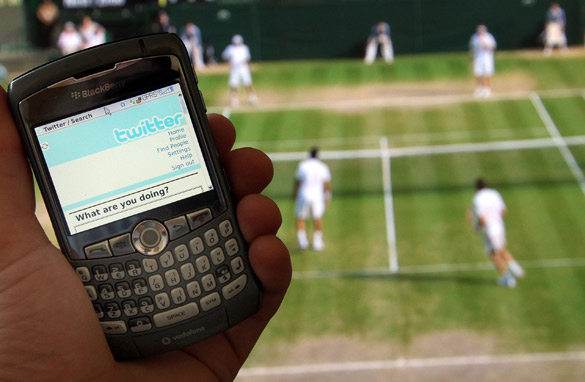 Picture enough books to bury the entire United States under a pile seven feet deep. That's how much information we consumed last year.

A new study shows that residents of the U.S. consumed 1.3 trillion hours worth of information last year - that includes everything from computers to TV, radio, cell phones, text messaging, video games, movies, books, newspapers, magazines, you name it.

That averages out to almost 12 hours spent daily by every person - and this doesn't even include the information you soak up at work. It's just mind boggling and represents a 350-percent increase from 30 years ago.

Researchers at the University of California, San Diego found that people get most of their information from television... followed by radio, the internet, video games and reading.

And a lot of these things happen at the same time, you know… multi-tasking, people talking on the phone while e-mailing... or text messaging while watching TV.

It's so bad that people don't even look where they're going anymore. They walk down the street with their noses buried in some hand-held device, oblivious to what's going on around them. Or worse, they do it while they're driving. They also sleep with them by their bedside and use them in the bathroom.

We live in a society where it's nearly impossible to turn the information off - it comes at us wherever we are.

Here’s my question to you: Is there such a thing as too much information?

END_OF_DOCUMENT_TOKEN_TO_BE_REPLACED

Are government workers at every level accountable enough?

Here we go again... Five Transportation Security Administration employees are now on "administrative leave" after a sensitive airport security manual was posted on the Internet.
[cnn-photo-caption image=http://i2.cdn.turner.com/cnn/2009/images/12/10/art.tsa.gi.jpg caption=""]
Here's some of what was revealed:

This comes weeks after three Secret Service officers were put on leave while that agency investigates how it allowed those two morons to crash a White House State Dinner.

Government employees who are found compromising national security are placed on "administrative leave." Gee... give me some of that. They sit home and do nothing while they continue to collect their paychecks. That's some "punishment." We have 10-percent unemployment in this country - yet try firing a government employee for anything short of a felony conviction. Can't be done.

They're protected, they know it, and as a result sometimes they just don't try very hard. Look anywhere from your local city hall to Washington, DC: Government is rife with complacency, inefficiency, and in some cases - downright arrogance.

I bet some of the 16-million unemployed would jump at the chance to get one of those jobs and would approach it with a little more enthusiasm and professionalism.

Here’s my question to you: Are government workers at every level accountable enough?