President Obama's approval ratings are on the move - but not in the direction he'd like.
[cnn-photo-caption image=http://i2.cdn.turner.com/cnn/2009/images/12/08/art.obama.rating.gi.jpg caption=""]
With double-digit unemployment, rising deficits and spending, an unclear fate for health care reform and his decision to send more troops to Afghanistan...

A new CNN/Opinion Research Corporation Poll shows only 48 percent of Americans approve of how Mr. Obama is handling his job... 50 percent disapprove.

This is a pretty significant drop in approval from earlier in his term. Back in July - the president got a 56 percent approval rating; in February, it was at 67 percent.

And President Obama fares even worse in the Gallup Daily Tracking poll - which puts him at 47 percent; a new low in that poll, which includes a measly 14 percent approval rating among Republicans.

Gallup points out that while most Democrats still approve of the president - he's seen big drops in support among both Republicans and independents.

These new numbers are apparently getting under the White House's skin.

Spokesman Robert Gibbs mocked the reliability of the Gallup Daily Tracking poll - saying he was sure "a six-year-old with a crayon could do something not unlike that."

Gibbs says he doesn't pay any attention to the "meaninglessness of it." Wanna bet?

Here’s my question to you: What's behind the collapse of President Obama's approval ratings?

END_OF_DOCUMENT_TOKEN_TO_BE_REPLACED

What should be done with leftover $200 billion TARP money? 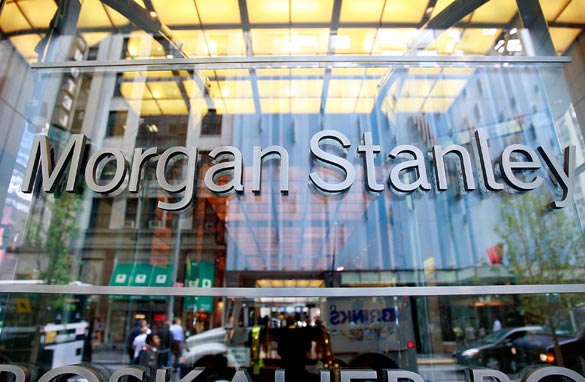 Morgan Stanley is one of ten lenders that won U.S. Treasury approval to pay back $68 billion in funds from the Troubled Asset Relief Program (TARP). (PHOTO CREDIT: GETTY IMAGES)

Despite record deficits, President Obama wants to spend more money to create jobs and try to ease the suffering of consumers and businesses.

The president didn't put a price tag on all these projects, but he suggested there's more money for the government to spend - since the TARP bailouts will wind up costing $200 billion less than expected.

Republicans are outraged at the idea of spending any of this TARP money - they say any money made back on the bailout of financial institutions should be used to pay down the skyrocketing national debt.

President Obama insists the U.S. can do both at the same time - pay down the debt and spend more to create jobs and spur economic growth.

Meanwhile there is an ominous warning out today about our ballooning national debt - now at $12 trillion and growing. Moody's credit rating agency says it's "not inconceivable" that the U.S. could lose its triple-A debt rating in 2013.

It could happen if U.S. growth slows, interest rates climb, and the government fails to address the growing national deficits - which the government is currently failing to do.

Here’s my question to you: What should be done with the leftover $200 billion of TARP money?

A Las Vegas Review-Journal poll shows 53 percent of registered voters oppose the president's health care plan while only 39 percent approve of it.

Majorities of Nevadans are also opposed to a public option, believe that the reform plan would raise taxes, and that it would lead to the rationing of health care. Worse yet - ahead of his re-election bid next year, only 39 percent approve of Reid's efforts to get a bill though the Senate.

Evidence suggests that although most Democrats support Reid's efforts... that probably won't be enough to outweigh the disapproval of most independents and Republicans. One pollster says Reid is carrying the flag for this reform and "You remember what happened historically to flag bearers in war. The flag bearer gets shot first."

Meanwhile Reid managed to get both feet in his mouth when he compared Republicans' opposition to health care reform... to people who opposed ending slavery. That bit of stupidity was delivered on the floor of the senate. Republicans call Reid's comment "an ignorant moment" and they're demanding an apology.

Here’s my question to you: Could Harry Reid’s support of health care reform cost him his Senate seat?