How confident are you in the next generation of Americans? 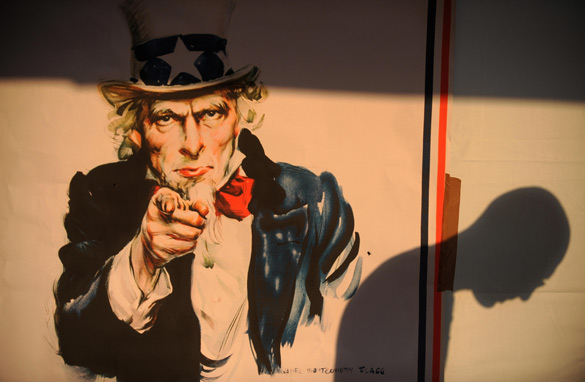 If you buy the axiom that "You're only as strong as your weakest link," this country is in some serious trouble.

Consider this: 75 percent of America's young people between the ages of 17 and 24 are unfit for military duty. Army statistics show these youngsters are ineligible to enlist for lots of reasons: From lack of education to illegal drug use, being overweight or out of shape to having a criminal record. 75 percent.

This disturbing news comes just a month after the Pentagon met its annual recruiting goals for the first time since 1973. But military commanders point out that during economic downturns, recruitment numbers go up and "a weak economy is no formula for a strong military."

This is scary stuff. We continue to fight two wars and there are additional potential threats from places like Iran and North Korea.

And here is a very real sign our standard of living is declining: Research shows almost half of all U.S. children - and 90 percent of African-American children - will be on food stamps before they reach the age of 20. The current recession could push these numbers even higher.

This study in the Archives of Pediatrics and Adolescent Medicine says many of these children could be at risk for malnutrition and other problems associated with poverty. What kind of future is that for half of our children… and by extension, for the country?

Here’s my question to you: How confident are you in the next generation of Americans?

END_OF_DOCUMENT_TOKEN_TO_BE_REPLACED

Should U.S. Census Bureau be allowed to ask if you're a citizen?

Census takers in 2010 won't be allowed to ask people if they are U.S. citizens. That's because Senate Democrats have blocked a Republican attempt that would have required census forms to inquire about citizenship.
[cnn-photo-caption image=http://i2.cdn.turner.com/cnn/2009/images/11/06/art.census.jpg caption=""]
Louisiana Republican Senator David Vitter had introduced the measure... meant to exclude illegal aliens from the population count. Vitter says including illegals in the census is "wrong" and goes against the idea of the Congress as an institution that represents citizens.

The Census carries a lot of weight - it's used both as the basis for apportioning congressional districts for the following 10 years; and it serves as a guide for distributing billions of dollars in federal aid.

Critics say the plan would discourage immigrants from participating in the Census... they insist the law states congressional seats are determined by the number of people living in each state - regardless of whether they're citizens.

The Census Director also opposes the proposal... he says asking about U.S. citizenship is "just not doable" and would mean delaying the census.

Not counting illegal aliens in the census could potentially hit states like California and Texas the hardest when it comes to apportioning Congressional districts. Those two states are where there's a high concentration of undocumented immigrants. It's estimated there are 12 million illegal aliens in the U.S.

Here’s my question to you: Should the U.S. Census Bureau be allowed to ask if you're a citizen?

END_OF_DOCUMENT_TOKEN_TO_BE_REPLACED

Should Obama force Congress to vote on health care reform?

When it comes to health care reform, it almost feels like President Obama doesn't want to get his hands dirty. House Democrats are planning a vote on their 2,000 page bill this weekend - which is fine, but it won't mean anything unless the Senate acts too, and that's looking less likely
[cnn-photo-caption image=http://i2.cdn.turner.com/cnn/2009/images/11/05/art.obama.podium.jpg]
After losing governorships in Virginia and New Jersey - and after being told by Majority Leader Harry Reid that his health care reform is probably going to be put off until next year in the Senate - President Obama was out the day after the election making a speech about education in Wisconsin.

What if instead he made a speech that said:

"That's enough. I've tried to be bipartisan. I've tried to leave Congress alone to do its job. In general, I've tried to be a nice guy through it all, but it's not working. And before we lose any more governorships, Senate seats or congressional seats, here's what I've decided to do:

"I'm ordering the Congress to remain in session until both houses vote on a final version of health care reform. Pass it or don't, but you're not going home until you address it. And if that means you work through Thanksgiving and Christmas and Easter and the 4th of July, so be it. You were sent here to do the people's business and you're not going on vacation until it's done."

The Constitution gives him this power. According to Article 2, Section 3, the president "may, on extraordinary occasions, convene both Houses, or either of them." Harry Truman called such an emergency session in 1947.

Here’s my question to you: Should President Obama keep Congress in session and force them to vote on health care reform?