How would your life be different without the Internet? 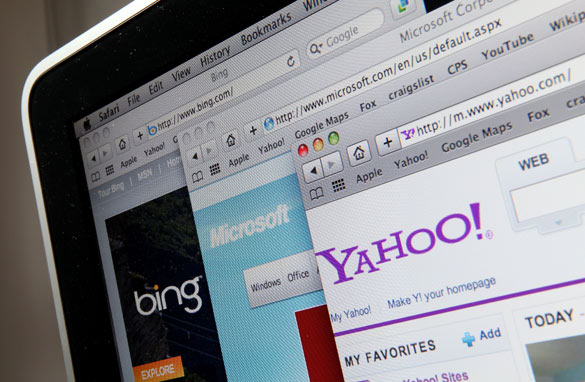 Happy Birthday to the Internet.

The system that has revolutionized almost every part of our lives turned 40 years old this week. October 29, 1969 was the first time people sent a computer-to-computer message. It was in California that UCLA Professor Leonard Kleinrock successfully connected the school's host computer to one at Stanford University.

The project had started a few years earlier: After Russia successfully launched Sputnik in the late 1950s, U.S. leaders stepped up funding to enter a technology race with their Cold War rival.

Fast forward 40 years - and It's pretty hard to imagine society without everything we're used to about the Internet:

Of course there's also a dark side to the Internet - computer worms, viruses, the annoying e-mail spam, identity theft, online scams and fraud, child predators and pornography - not to mention the fact that the word privacy may never have the same meaning again.

At a 40th birthday party for the Internet, Kleinrock - who sent that first message - talked how it's a "democratizing element" and that everyone can have an equal voice. But he also says there's no way back at this point, and that "we can't turn it off."

Kleinrock says in the future, the Internet will be "present everywhere."

Here’s my question to you: How would your life be different without the Internet?

Jasmine in Germany writes:
I'd have to go to bookstores and libraries more, my telephone bill would be a lot higher than it is, plus I'd be standing in line at the post office more. Internet access is a life improvement. I also get to talk to you, Jack. Of course you don't talk back, but that's a quality all good men should have.

Ramon writes:
I would be writing letters by hand, talking with my neighbors, and spending more time outside playing with my kids. I would still be subscribed to a newspaper and reading the funnies lying on my couch. The world would look much bigger and I would probably travel more.

Matthew from Spokane, Washington writes:
If it were not for the internet then I would still be living in Austin, Texas rather than Spokane because my parents met in an online chat room back in the days of AOL 2.0.

Michael writes:
I would be skinnier.

Patrick writes:
I wouldn't be making $50K a year working out of my 2 bedroom apartment making leather fetish products!

Rory from San Bernardino, California writes:
Jack, Well for one thing I wouldn't be sending you this message. And I would be blissfully ignorant of the "Piano Playing Cat" on YouTube.

Terry from Bark River, Michigan writes:
I wouldn't waste so much time sending you my wit that you never post.

Buster from New York writes:
Nice costume, Jack. Are you supposed to be an angry, old white guy? I like it! Anyway, Super Old Dude, if I didn't have the Internet, how could I find YouTube videos of you when you used to have 80s power hair, before your forehead rose out of your follicle-challenged scalp like the planet Saturn?