Republican Senator John Ensign of Nevada is just another example of what's wrong with Congress. Ensign tells CNN he didn't break Senate ethics rules... when he helped get a lobbying job for the husband of his mistress. Ensign claims he was very careful and merely "recommended" this man for a job like he's recommended a lot of other people. 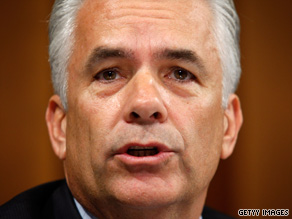 Sen. John Ensign (R-NV) speaks during a mark up hearing before the Senate Finance Committee on Capitol Hill.

But the New York Times recently reported that the senator played an active role in getting the lobbying position for Doug Hampton - whose wife he was sleeping with. And - that Hampton went on to lobby Ensign on behalf of his clients - which he's not supposed to do. Ethics rules bar him from lobbying his old boss for a year after leaving his job on Capitol Hill.

But this slime ball senator insists he did nothing wrong here. Senator, it's ALL wrong. When asked if he has any plans to resign - Ensign says: "I am focused on doing my work."

Now the Senate Ethics Committee (which is an oxymoron) has started a preliminary investigation... which, if history is any judge, is meaningless. They won't do anything... they never do when judging one of their own. The whole thing is a joke and shows the impunity with which these arrogant elected scumbags operate.

Meanwhile Republicans in Nevada and Washington say Ensign can survive this thing politically - unless he really gets slammed by the Ethics committee - or if the situation is referred for a criminal investigation. Don't hold your breath.

Here’s my question to you: In light of ethics revelations about Sen. John Ensign, why hasn’t he resigned?

END_OF_DOCUMENT_TOKEN_TO_BE_REPLACED

How bad will 2010 midterm elections be for Democrats? 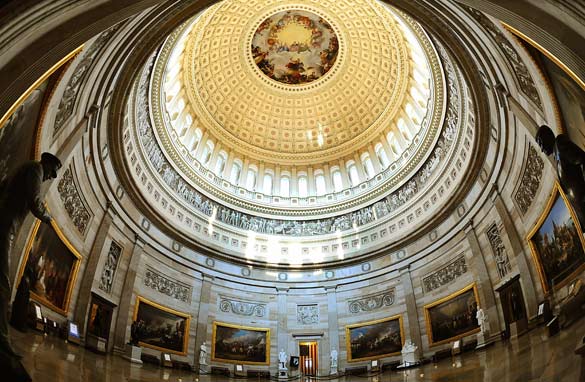 The Democrats may be in for some trouble come next year's midterm elections.

A new Gallup poll shows 46 percent of registered voters say they would vote for the Democrat in their congressional district if the election were held today; but 44 percent say they'd support the Republican - a virtual tie.

The Democrats held a much larger lead over Republicans for most of 2006 through 2008.

What's interesting here is that the stronger showing by the Republicans comes from the support of independents - who now favor Republicans over Democrats by 45 to 36 percent. In July, it was even.

Another potential sign of trouble for Democrats is Congress' job approval rating - now a dismal 21 percent. Democrats are in charge in both houses.

Historically in midterm elections - the party that holds the White House loses seats in Congress. The average loss is 16 House seats, but some election experts think the Democrats could lose a lot more in 2010.

One analyst says the Democrats have 25 to 30 seats that are "truly vulnerable," plus another 40 where there's a chance of a "competitive race." He says Republicans only have 10 to 15 vulnerable seats.

Even though President Obama's approval ratings have moved back up a little... and Democrats are hoping for results on health care and the economy, those independents - along with seniors - are moving toward the Republican column. And seniors are the group more likely to turn out and vote in midterm elections.

Here’s my question to you: How bad will the 2010 midterm elections be for the Democrats?

END_OF_DOCUMENT_TOKEN_TO_BE_REPLACED

When will we see health care reform?

Yet another delay when it comes to health care reform. The Senate Finance committee vote on its bill, which was expected as early as yesterday, will be pushed back - possibly into next week. 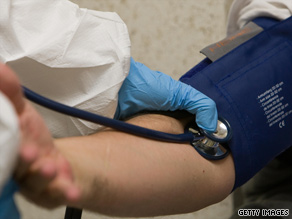 This is so the Congressional Budget Office can look at the nearly $900 billion bill... to make sure its cost and revenue estimates are what they are supposed to be.

Meanwhile tax experts say this Senate bill would impose $29 billion more in taxes on health care industries than originally thought - this is just another reason for Republicans to continue fighting reform. It also is another sign of how far health care reform has to go before it can become law.

Consider this: there are five health care bills in all... two in the Senate and three in the House. All but this one have passed their committees. When and if the finance committee passes this bill, it will be combined with other Senate bill into one piece of legislation - which will then be debated on the floor of the Senate and voted on. Same thing in the House - one bill will be created from the three that exist now - then debate and an eventual vote.

If the final Senate and House versions both pass, the two bills will then go to a conference committee to be reconciled and put into final form before being voted on again by both houses of Congress. If that bill passes, only then will it go to President Obama for his signature.

Here’s my question to you: When do you think we'll see health care reform?