What's your biggest cause of stress and why? 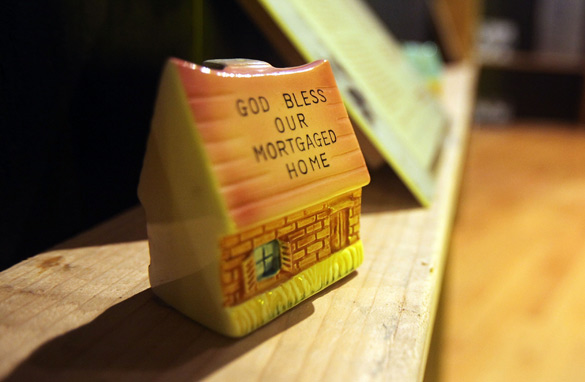 I don't suppose this will come as a huge surprise: Money is the biggest source of stress in most countries. A Reader's Digest survey asked people from 16 countries "What stresses you the most?"… and gave the options of money, family, health or the state of the world.

Money topped the list in 10 of these countries... not surprising since we've been going through the worst global financial crisis since the Great Depression.

The nations that worry the most about money include Malaysia, China, Singapore and the U.S. The countries who care the least about money are Russia, France and Italy. In these three countries people were more worried about their family.

This poll finds the second biggest source of stress is the state of the world. People in most nations, with the exception of Italy, aren't too stressed about their health. But in Italy, health was the top issue for men - number two for women.

A senior editor with Reader's Digest says it's not surprising that people in a lot of these countries agree that money is their biggest worry. She says: "We have more in common across national borders than we might realize."

Here’s my question to you: What's your biggest cause of stress and why?

END_OF_DOCUMENT_TOKEN_TO_BE_REPLACED

How to handle people who drive while doing other things?

Distracted drivers are a deadly threat... and this includes anyone talking on cell phones, texting, eating, putting on make-up, etc. while behind the wheel of a moving vehicle. It's estimated that 6,000 people were killed - and more than half a million injured - in 2008 in crashes involving a distracted or inattentive driver. 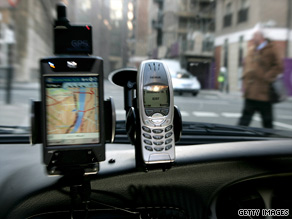 One study shows 80 percent of crashes are related to drivers not paying attention... and people using handheld devices are four times as likely to get in crashes that could result in injury.

Safety advocates say they're especially worried about young people... saying that some of the kids learning to drive now text 5,000 times a month. This is scary.

President Obama signed an executive order that bans federal employees from texting while behind the wheel. The government also plans to ban texting by bus drivers and truckers who cross state lines; and possibly prevent them from using cell phones while driving. Hundreds of companies have already banned employees from using cell phones while driving.

The problem is - there's no enforcement. I see literally dozens of people yakking away on cell phones in cars every day on my ride into work from New Jersey. They change lanes, slam on their brakes, swerve all over the road... all while lost in their own little worlds on their cell phones.

Want to get serious? Yank their drivers' licenses - permanently - if they cause an accident while driving distracted.

Here’s my question to you: What’s the answer to people who insist on driving while doing other things?

END_OF_DOCUMENT_TOKEN_TO_BE_REPLACED

How can Pres. Obama put some wins on the board?

He gambled and lost, and now the whole exercise looks a little silly. President Obama, the First Lady, Oprah Winfrey... three airplanes, cars, Secret Service, staff, and of course all that luggage trekking off to Copenhagen to try to lure the Olympics to Chicago. The Windy City finished fourth in a field of four. 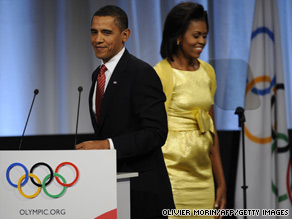 But that's sort of the way it has been going for President Obama lately...

Instead of Copenhagen - he might have gone to Chicago and addressed the brutal murder of a 16-year-old honor student in broad daylight at the hands of four street punks.

Remember the lectures we got from Obama during the campaign about family values, the importance of a father figure in a child's home, etc.? Here was a real chance to walk the walk... but he took a pass in favor of Copenhagen. Instead - all we got was the White House press secretary saying the beating video was chilling.

The Olympics news came the same day as the jobs report and that news wasn't any better. More job losses than expected and the unemployment rate at its highest level in 26 years.

Iran is thumbing its nose at our president and the world. They may soon be able to blow up the entire neighborhood.

North Korea certainly doesn't seem deterred by our change of administrations either.

Afghanistan is getting worse, and there is now disagreement within the administration on what to do about it. Study it some more seems the short-term answer. Meanwhile our troops are dying in record numbers there.

Except for the stimulus package, the scoreboard doesn't look too good for our new president.

Here’s my question to you: What does President Obama have to do to start putting some wins on the board?