Should health care workers be forced to get flu shots? 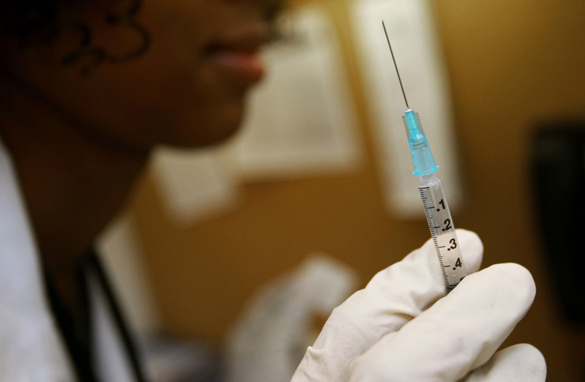 Get your flu shot or you're fired... that's the ultimatum for health care workers in New York state.

So far, New York is the only state requiring workers to get vaccinated against both the seasonal flu and swine flu. All health care workers in New York, including doctors and nurses, have until November 30 to get their shots - or they risk losing their jobs.

New York Health officials insist that the vaccines will protect the workers... and their patients - from getting the flu.

But some people don't like the idea of forced vaccinations... and they planned a rally in Albany today to protest the measure.

Opponents say it violates their personal freedom... and they also point to the possibility of getting ill from the vaccine, highlighting deaths associated with the government's last swine flu vaccine in 1976.

They also say it's unnecessary - that they won't catch the flu because they wash their hands so often.

The Centers for Disease Control & Prevention says flu activity is increasing in the U.S., with more than half of all states already reporting widespread flu activity.

Both the H1N1 and seasonal flus are expected to cause hospital stays and deaths. The regular flu alone kills about 36,000 people a year in this country; and the number of deaths from swine flu potentially could be much higher.

Here’s my question to you: Should health care workers be forced to get flu shots under threat of losing their jobs?

END_OF_DOCUMENT_TOKEN_TO_BE_REPLACED

What would you like to read in Palin's memoir?

Sarah Palin found being governor of Alaska was too difficult and quit halfway through her first term. But she has managed to write her memoir in just four months. Truly amazing by any literary standards I'm familiar with. 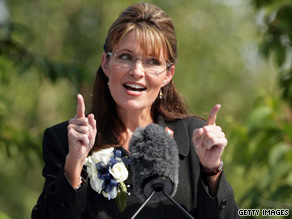 The title of Mrs. Palin's book… due out a scant four months after the book deal was announced, is "Going Rogue: An American Life."

The publisher, Harper, is moving up the release date of the 400-page book to November 17, so it can be on the shelves in time for the holiday book-buying season.

Harper says, "Governor Palin has been unbelievably conscientious and hands-on at every stage, investing herself deeply and passionately in this project." What they don't say is that she wrote the book. She did spend several weeks with a "collaborator" in San Diego after she quit the governor's job.

The publisher is expecting big things of Palin's book - ordering a first printing of 1.5 million copies.

The former vice presidential nominee was roundly criticized during the campaign for being inexperienced; and toward the end, John McCain aides complained she was not sticking to the campaign's plans… and had become a diva.

Since the election, Palin has been the subject of several ethics probes in Alaska, given speeches in the U.S. and overseas, and of course, has had her family drama sprayed all over the media.

The thing I'm most interested in is whether she will go on the CBS Evening News with Katie Couric to promote the book when it comes out.

Here’s my question to you: What would you like to read about in Sarah Palin's memoir?

END_OF_DOCUMENT_TOKEN_TO_BE_REPLACED

How important is Obama's Denmark trip to lobby for Olympics in Chicago?

In what may be a risky political decision, President Obama is headed to Copenhagen, Denmark this week to lobby to bring the 2016 Summer Olympics to his hometown of Chicago. Still no health care reform. Still no jobs. 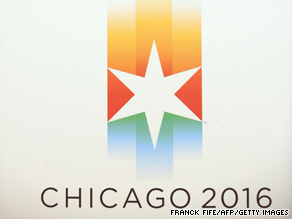 The International Olympic Committee will vote on the destiny of the 2016 Summer Olympic Games on October 2 in Copenhagen after a final round battle between Chicago, Madrid, Tokyo and Rio de Janeiro.

But the White House says the president decided health care negotiations are "in a better place now," and they point out that bringing the games to Chicago could help the U.S. economy.

First Lady Michelle Obama will be going to Denmark too. She's vowing to "take no prisoners," and compares the lobbying effort to the presidential campaign. Really?

Leaders from the other three contending countries - Brazil, Spain and Japan - are also expected to make appearances in Copenhagen - but it's a first for a U.S. president.

Here's the problem: President Obama was just talking to world leaders at the G-20 Summit about the importance of doing something to curb global warming. What size carbon footprint does this little field trip to Hans Christian Andersen land leave?

Think about it - for the president to travel overnight to Europe Thursday and return Friday... it will take not one, but two 747 airplanes... plus a military transport plane to haul his bulletproof limo and other vehicles. Then there's staff, Secret Service, VIPs traveling along... not to mention hotels, cars, etc. while in Europe.

All for something that could have been done on a video conference from the White House. Just a thought.

Here’s my question to you: How important is Pres. Obama's trip to Denmark to lobby for the Olympics to come to Chicago?