Should gov't bail out newspaper industry? 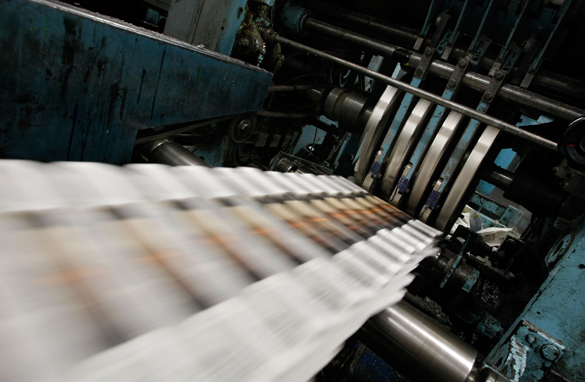 President Obama is open to the idea of bailouts for the struggling newspaper industry.

The president says although he hasn't seen detailed proposals, he'd be happy to look at bills before Congress meant to aid newspapers. One bill in the Senate, known as the Newspaper Revitalization Act, would give tax breaks to newspapers if they were to restructure as nonprofit businesses.

In an interview with the editors of the Pittsburgh Post-Gazette and The Toledo Blade - The president calls himself a "big newspaper junkie," and says that good journalism is "critical to the health of our democracy."

He talks about the challenge of maintaining journalistic integrity and fact-based reporting in the light of a changing news landscape. Mr. Obama says he's concerned about the trend toward more blogs that have a lot of opinions but not much fact-checking.

And there's no question that newspapers are a dying breed... Thousands of journalists have been laid off and several newspapers have been closed in the last few years. The industry is also reeling from the economic downturn; trying to find a way to hold onto readers while newspapers lose advertising revenue to the Internet.

But the government propping up the newspaper industry could be a very slippery slope, as it could very easily put the press "in bed" with the very people they are charged with protecting us from - the government.

Here’s my question to you: Should the government bail out the newspaper industry?

END_OF_DOCUMENT_TOKEN_TO_BE_REPLACED

News media responsible for outbreaks of rude behavior in U.S.?

Ask the president and he'll tell you it's the news media's fault that the country has descended into a screeching, yelling, nasty batch of rudeness and lack of manners. 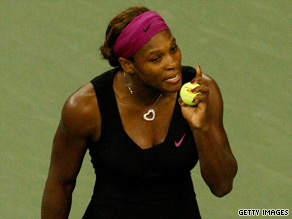 Serena Williams argues a call by the line judge which led to her disqualification during the Women's Singles Semifinal match of the U.S. Open.

President Obama appeared on five Sunday morning talk shows - which is a lot even by this visible president's standards. The idea was for Mr. Obama to continue selling his health care plan to the American people, which by the way, some Republicans now say is dead.

But during several of these interviews - although President Obama insisted he wasn't doing media-bashing - he seemed to do media bashing.

Right here on CNN, the president called out the three cable news networks, and said the easiest way to get on any of them is to "say something rude and outrageous." He said if people are polite and sensible and don't exaggerate about their opponent, it's harder to get noticed by the press.

President Obama said that instead he'd like to see "all of us reward decency and civility in our political discourse."

The president went on to say news organizations can't get enough of the conflict, calling it "catnip to the media." He says in the 24-hour-news cycle, the extreme elements on both sides get the most attention. And he's right.

Just last week in the Cafferty File, we reported on celebrities from Kanye West to Serena Williams to Congressman Joe Wilson behaving badly; and about what their uncivilized behavior says about the rest of society.

Here’s my question to you: Are the news media responsible for the recent outbreak of rude behavior across America?

END_OF_DOCUMENT_TOKEN_TO_BE_REPLACED

Military commanders on the ground in Afghanistan are about to force President Obama to do something he doesn't want to do - make a decision. The day of reckoning has been coming for a while now - as the U.S. death toll continues to rise, the Taliban strengthen their hold on ever-increasing parts of the country, and the effectiveness of the Karzai government when it comes to troops and security remains very much in doubt. 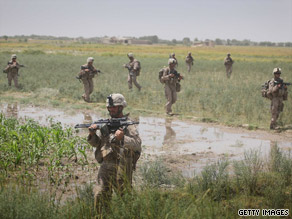 History suggests Afghanistan is a tough nut to crack. And to think you can do it on the cheap with limited budgets and a limited number of troops is just plain ludicrous.

In effect - the White House is being told by the people fighting the war: either come up with a strategy that has a chance of working and commit enough troops to make it happen - or resign yourself to the same failure that all foreign invaders of Afghanistan have ultimately come face-to-face with.

It's time for the administration to stop equivocating. First we heard a decision on troops is "weeks and weeks" away, then we were told there were no plans for additional troops for Afghanistan.

But the people fighting the war say without them - there are no plans for victory either.

Since World War II - we have failed to achieve victory in Korea, in Vietnam, in Iraq... And the polls indicate the American people are not eager to commit the resources that might be necessary to win this one either.

Here’s my question to you: What should President Obama do when commanders are saying the mission in Afghanistan will fail without more troops?