Are you as happy with your job as you were a year ago?

Nearly seven million jobs have been lost since this recession started - but it turns out those Americans out of work aren't the only ones hurting. CNNMoney.com reports that many people still lucky enough to have jobs are unhappy and unmotivated. 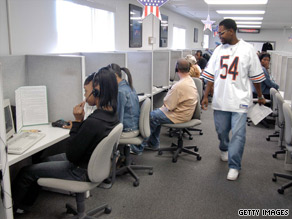 For one thing - raises, bonuses and other incentive programs have all but disappeared in a lot of places. There have been cutbacks in things like health insurance and retirement plans. And in many places, fewer employees are left doing more work. In many cases, for less money.

One recent survey shows 40-percent of employees at companies with layoffs say productivity has taken a hit. Of those, two-thirds say morale is hurting and people just aren't as motivated anymore.

Some employers say there's more "slacking off" lately, with employees spending more time surfing the internet or talking on their cell phones than they did when the economy was stronger.

Worker morale is a big part of running a successful business. If a company gets a reputation for being a bad place to work, they then have problems attracting employees once the economy turns around. As a result, they may not be ready to meet increased demand when things improve.

One expert says that employee morale is the "leading predictor of future growth and profitability." She predicts that at some point employers will have to start giving more incentives to their workers.

Here’s my question to you: Are you as happy with your job as you were a year ago?

END_OF_DOCUMENT_TOKEN_TO_BE_REPLACED

Homeland Security ought to be embarrassed by the way its spending stimulus money... with the administration even coming under fire from fellow Democrats on this one. 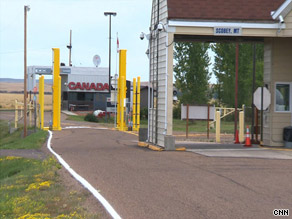 Turns out they're not following their own internal priority lists when deciding which border checkpoints get money for renovations. Instead - they're using a secretive process potentially influenced by politics. Just like President Obama promised during the campaign, right?

This translates to spending millions of dollars at tiny checkpoints... and skipping over busier, high-priority areas. One example is a $15-million dollar project in Whitetail, Montana where only 3 people cross a day.

This is insane. President Obama continues to promise transparency when it comes to the spending of economic stimulus dollars, but this is far from the openness the American people were promised.

Democratic Senator Byron Dorgan of North Dakota says the department is treating the stimulus plan like a "bottomless pit" of taxpayer money, and that with the country deep in debt "this is not a smart investment."

Now, of course, since this all came out, Homeland Security Secretary Janet Napolitano is promising not to start any new border construction projects, and review how the projects were chosen. She says once the review is done, she'll make "all information, not involving national security concerns, public."

But it's kind of late for that. Even if she releases some information, it probably won't change much, since the department has already signed many construction contracts - like the $15-million dollar one in Montana. She should be fired.

Here’s my question to you: What does it say about transparency when Homeland Security has secretly approved $15 million for a border checkpoint where only three people cross a day?

Should people be forced to buy health insurance?

All Americans would be required to buy health insurance - as part of the proposal making its way out of the Senate Finance Committee. Those who don't could face steep fines - up to $3,8000 annually per family or $950 for an individual. People who can't afford their premiums wouldn't be fined.

This is all part of the plan that some see as the best hope for getting some kind of reform through Congress, but the problem is when committee Chairman Max Baucus introduced this thing yesterday, he didn't seem to have much support.

Republicans aren't backing it - saying the plan is still too expensive and intrusive.

And a lot of Democrats are unhappy with the proposal too... some are disappointed it doesn't include a public option, others say it doesn't go far enough to make health insurance affordable for the poor.

Democratic Senator Jay Rockefeller is concerned a tax on expensive insurance plans would wind up hurting middle-class workers - especially union members such as coal miners in his state.

Meanwhile a new Gallup poll shows 60-percent of Americans say they don't think the president's health care plan will accomplish what he wants - covering all Americans without raising taxes or lowering the quality of care.

Here’s my question to you: Should people be forced to buy health insurance?