One year ago the financial system of the United States came very close to collapsing. It began with the failure of Lehman Brothers and triggered the biggest government financial intervention in our history. That may have been what saved us. 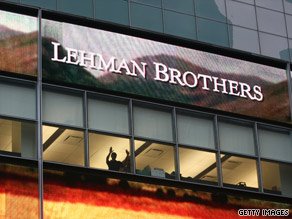 Treasury Secretary Tim Geithner says the bailouts and the other actions taken by the government were absolutely necessary to keep the economy from going over a cliff. And while the worst is over, Geithner warns the recovery ahead will be slow and painful. He expects continued high levels of unemployment and weak growth.

On Monday, President Obama will give what the White House is calling a "major" speech here in New York on the financial crisis. He will address what's been done so far, and what he thinks needs to be done going forward.

In the year since Lehman Brothers collapsed, the U.S. economy has taken quite a beating. The weeks and months that followed saw failures in the financial system and a government response that at one time seemed unimaginable:

– The bailout and subsequent takeover of the world's largest insurer, AIG
– A much larger than usual number of bank failures
– The government taking a stake in huge institutions like Citibank and Bank of America
– The government investing massive sums of money in two of the big three automakers
– And the huge $780 billion economic stimulus package that was rammed through Congress in the early days of the Obama administration

The stock market tanked - but for those with a strong enough stomach to stay in, a recent six month rally has recouped a lot of the losses. And many economists are now saying the greatest economic downturn since the Great Depression is ending.

Here’s my question to you: How confident are you in the nation's financial system?

END_OF_DOCUMENT_TOKEN_TO_BE_REPLACED

Why won’t White House be more specific about health care?

Ever since the debate over health care heated up this summer... the rap on President Obama is that he hasn't given enough details about what he wants, how it will work and how to pay for it. And, despite the president's speech to Congress this week - many say he still hasn't.

For the first time in that speech - Mr. Obama referred to a set of ideas as "my plan"... but he continued to paint with a fairly broad brush... and critics say he still hasn't been specific enough.

Instead - the White House is pretty much leaving the details to Congress, saying they'll consider all options. Leaving this to the "legislative process" is what got him in trouble to begin with.

As for the hotly-debated public option, the president seemed neutral - although liberals insist he's completely committed to it. House Speaker Nancy Pelosi - who had previously insisted on a public option - now says she'll consider any plan that increases competition and accessibility for health insurance.

Republicans want what they're calling a "blisteringly specific plan" from the President. And some Democrats say they don't think there's enough focus on the cost. John McCain says Obama's proposal is an "egregiously expensive and expansive form of government-run health care."

President Obama continues to promise that health care reform won't add "one dime" to the deficit... but he has failed so far to explain just how that's possible, and a lot of people don't think it is.

Here’s my question to you: Why won't the White House be more specific when it comes to health care reform?

END_OF_DOCUMENT_TOKEN_TO_BE_REPLACED 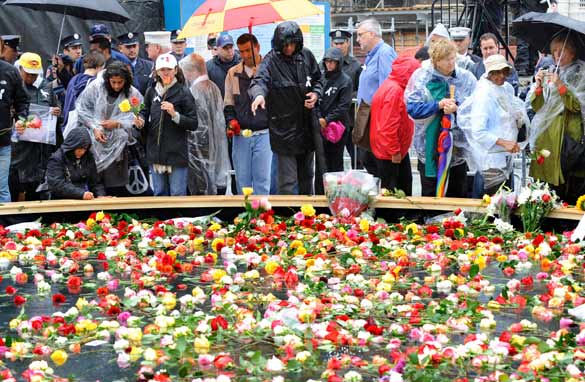 Family members of victims stand in the rain near the reflecting pool placing flowers as people gather at Ground Zero during a 9/11 memorial ceremony. (PHOTO CREDIT: GETTY IMAGES)

Today marks eight years since the terror attacks of 9/11. 2,976 people died that day in the most devastating attack on the United States homeland since Pearl Harbor.

This country and the world will never be the same again since that fateful Tuesday in September. The U.S. has invaded two countries and remains involved in two wars. 4,346 U.S. troops have died in Iraq and another 822 in Afghanistan. And Afghanistan only seems to be getting worse these days.

Here at home - the debate now revolves around Islamic extremists, torture, etc. As for getting on airplanes… that's changed forever too. We're used to taking off our shoes and belts, placing liquids in separate bags, waiting in long lines with picture ID, and so on...

And for residents of New York and Washington - most people probably think twice every time they see a plane flying low overhead.

Meanwhile, a new CNN/Opinion Research Corporation Poll shows 34 percent of those surveyed say an act of terrorism is likely somewhere in the U.S. over the next few weeks... but that's only half as many people who felt that way right after 9/11.

Here’s my question to you: How has the U.S. changed in the 8 years since the 9/11 attacks?