The stakes are high when it comes to President Obama's speech on health care to a joint session of Congress tomorrow night. If the president's call to action doesn't get more lawmakers on board and if some kind of health care reform legislation doesn't result, the political damage to Mr. Obama could be significant. 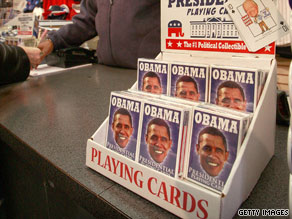 Meanwhile - critics are after the president for what they see as a wide range of missteps in his eight months in office. Some say Mr. Obama made a tactical mistake by putting Congress in charge of the details on a key issue like health care.

But conservative columnist Charles Krauthammer writes that Pres. Obama is in trouble and it's not Congress' fault. He says the president is to blame for an agenda too far to the left for a center-right country.

He says that Mr. Obama misread the election results and that he was not given a mandate to make sweeping changes to the American system, enlarge the government and spend trillions of dollars we don't have. Krauthammer suggests the president is jeopardizing the trust of the people who elected him.

"Let's be clear: This is a fall, not a collapse. He's not been repudiated or even defeated. He will likely regroup and pass some version of health insurance reform that will restore some of his clout and popularity. But what has occurred - irreversibly - is this: He's become ordinary. The spell is broken. The charismatic conjurer of 2008 has shed his magic."

In other words, he says President Obama is a "mere mortal," a politician like all the others.

Here’s my question to you: Has President Obama overplayed his hand?

END_OF_DOCUMENT_TOKEN_TO_BE_REPLACED

As Congress gets back to work following a 40-day vacation (hope they're rested!) things in Washington don't look all that different than they did before their summer recess - especially when it comes to health care reform. 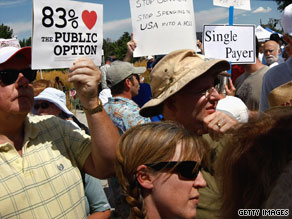 House Democrats are returning to the same set of problems they left behind 40 days ago:

Conservatives in the party are unsure about backing the so-called public option"... freshman lawmakers from suburban areas are worried about increasing taxes on wealthy constituents... and liberals are threatening to oppose the bill if it doesn't contain the public option.

Polls suggest Americans remain just as divided as they were a month ago - a new Gallup Poll shows 39 percent of those surveyed say they would tell their member of Congress to vote against a health care bill this fall, while 37 percent want their member to vote for it.

Meanwhile - expect Congress to focus on health care mostly as to how it may or may not affect their chances of holding onto their jobs.

At the end of the day, politicians worry about their own political hides first and the public welfare whenever. Polls show that only about one-third of Americans approve of Congress.

And since the Democrats control both Congress and the White House, expect the voters to take out more of their displeasure on them during next fall's midterm elections.

Here’s my question to you: How has the health care debate changed during the 40 days Congress was on vacation?

END_OF_DOCUMENT_TOKEN_TO_BE_REPLACED

It's getting to the point where the White House has more "czars" than Russia used to have. The latest estimates put the number at 30. These special advisers are nothing new... many presidents have had them, including Republicans. 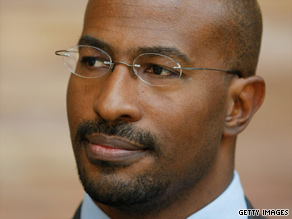 Van Jones served as Special Advisor for Green Jobs, Enterprise and Innovation in the White House Council on Environmental Quality from March until earlier this month.

The "czars" work on issues ranging from health care to Middle East peace. But - the problem is how many President Obama has - combined with the fact that they're not subject to congressional oversight or Senate confirmation.

Republicans were already steamed about this - but now it's boiling over with the resignation over the weekend of the president's green jobs czar. Van Jones quit under pressure from many of his past statements and affiliations. He was on the record referring to Republicans using a vulgar collective noun; and he signed a petition calling for an investigation into a 9/11 cover-up by the federal government.

It's all just more ammunition for Republicans to go after President Obama. And it's yet another political miscalculation by the president.

One Republican calls the number of czars in the Obama White House an "affront to the Constitution"... and another GOP lawmaker has called on the president to suspend any future czar positions until Congress can check out those already in place... But that hasn't stopped President Obama... who just yesterday appointed an auto czar.

Democrats say the number of czars isn't the issue... because all administrations have them. The problem is no one apparently vets these people very well until it's too late and a Van Jones manages to embarrass the entire administration. Sort of like nominating people to cabinet posts who didn't bother to pay their taxes.

Here’s my question to you: Are White House "czars" a good idea?