END_OF_DOCUMENT_TOKEN_TO_BE_REPLACED

[cnn-photo-caption image= http://i2.cdn.turner.com/cnn/2009/images/08/27/art.afghanistan0827.gi.jpg caption="U.S. soldiers from the 1st Platoon Alpha 3-71 Cavalry and Afghan National Army (ANA) soldiers walk up a hill to a school during a mission in the Baraki Barak district of Logar Province, Afghanistan on August 22."]FROM CNN's Jack Cafferty:

(CNN) - The Pentagon is profiling reporters covering the war in Afghanistan.

The newspaper "Stars and Stripes" reports that despite denials from the Pentagon, they are in fact rating the work of reporters as either "positive", "neutral" or "negative". They're contracting this work out to a private p.r. outfit called The Rendon Group, which has come under fire before for its work in the Iraq war.

Profiles of various reporters suggest these ratings are meant to help manipulate the kinds of stories that reporters come up with while they're embedded with troops. For example, one newspaper reporter is rated as "neutral to positive" in his coverage. The report suggests any negative stories he writes "could possibly be neutralized" by feeding him quotes from military brass.

Earlier this week, the Pentagon denied a story that appeared in "Stars and Stripes” saying "There is no policy that stipulates in any way that embedding should be based in any way on a person's work". Both the Defense Department and Rendon even denied a rating system exists.

Meanwhile, this latest revelation comes as polls show the war in Afghanistan is becoming less popular among the American people. Journalism groups and media ethicists are criticizing the Pentagon's efforts to rate and manipulate reporters. One military official says "it shows utter contempt for the Constitution." And contracting the work out to a civilian firm is even more odious.

Here’s my question to you: What does it mean that the Pentagon is profiling U.S. reporters?

Tune in to the Situation Room at 5 p.m. to see if Jack reads your answer on air. 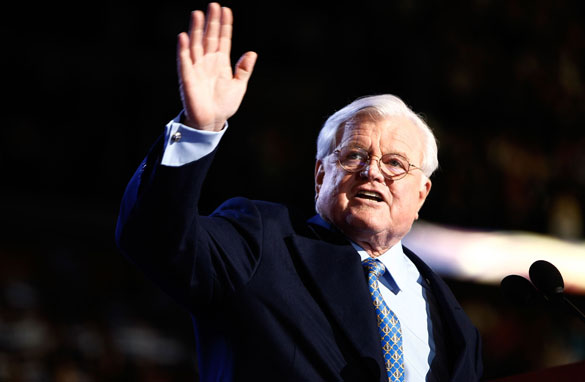