What if health care reform delayed until Christmas or beyond?

One of the causes nearest and dearest to the late Senator Ted Kennedy's heart was health care reform.

Kennedy was a fierce advocate for reform during the Clintons' effort at overhaul in the early 90s - and a leader in helping pass recent legislation to provide health care to millions of children. 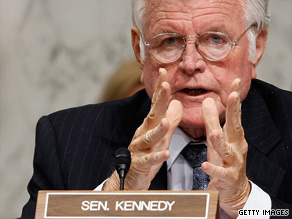 Had he lived - Kennedy likely would have been disappointed once again… as it seems the chances of getting health care reform done are receding yet again.

Democratic Senator Russ Feingold told voters in his home state of Wisconsin that there would likely be no bill before the end of the year... and maybe never, saying: "Nobody is going to bring a bill before Christmas, and maybe not even then, if this ever happens. The divisions are so deep. I've never seen anything like that."

Feingold said that it's unfortunate that Congress is headed in the direction of doing "absolutely nothing." He added he couldn't say whether he would support a health care bill until he actually sees it.

Feingold has been a supporter of trying a variety of health reform proposals in different states first... instead of applying the same massive changes to the whole country. He said he doesn't think a "one-size-fits-all" approach would work as well as letting states have some flexibility.

Definitely not a good sign for President Obama when you have members of your own party questioning whether this thing will ever happen.

Here’s my question to you: What will it mean to health care reform if it's delayed until Christmas and maybe beyond?

END_OF_DOCUMENT_TOKEN_TO_BE_REPLACED

Is Barack Obama's presidency in trouble? 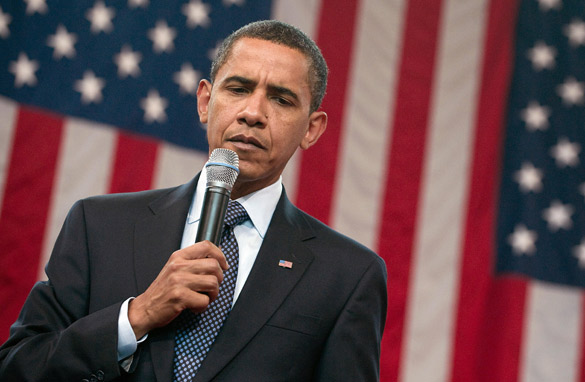 He writes that Clinton's presidency was actually saved after his push for health care reform failed and the Republicans won control of both houses of Congress. McGurn says it was at that point that Clinton started adopting the most appealing parts of his opponents' agenda and moved his whole approach to governing more toward the political center.

McGurn suggests that a move to the right would be a "bitter pill" for President Obama since he's made health care his signature issue. But he points to polls that for months have been showing a huge gap between the president's popularity and the lack of public support for many of his policies.

He says the president bet that his personal popularity would be enough to push through his agenda... but it hasn't. Instead - his credibility and popularity are taking a hit.

President Obama has been slipping in the polls for weeks, and the latest Gallup weekly tracking poll shows the president's approval at 52-percent - a new low. It's also down significantly from 59-percent just a month ago. Gallup says the president's rating among several demographic and political groups is now registering below the symbolic threshold of 50-percent.

And, health care reform is far from the only challenge facing this White House. The recession still has a tight grip on the economy... with the dollar losing influence daily, news that deficits will be worse than the administration predicted... and an unemployment rate soon expected to hit 10-percent.

Here’s my question to you: Is Barack Obama's presidency in trouble?

END_OF_DOCUMENT_TOKEN_TO_BE_REPLACED

America's fascination with Kennedy brothers for more than 50 years?

The death of Ted Kennedy marks the passing of an era.

The senator from Massachusetts was the last of the four Kennedy brothers to die - all of them serving their country. Joe Jr. died as a World War II pilot. John was a congressman, senator and president before being assassinated. Bobby, a U.S. attorney general, senator from New York and a presidential candidate at the time of his assassination. 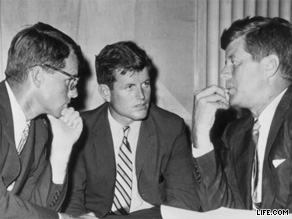 Ted Kennedy, the youngest of nine siblings, is the only brother to live past the age of 50; and many believe that as the survivor, he will be the one who leaves the most significant impact on this country. Kennedy - who served 46 years in the Senate - was a staunch liberal but also known for reaching out across the aisle. He was a champion for issues like civil rights, health care, education, voting rights and labor.

The Kennedy family has been an endless source of fascination for the American people for decades. To many - the Kennedys are the closest thing to royalty we have. And the family has offered glamour, the "Camelot" mystique, hope and idealism.

But along with high political ambitions and success for the Kennedys has also come great low points, tragedies and untimely deaths: the two assassinations, Ted Kennedy's nearly fatal plane crash along with his infamous incident at Chappaquiddick, John Jr.'s fatal plane crash... and numerous substance abuse and marital problems.

Here’s my question to you: Why did America remain fascinated with the Kennedy brothers for more than 50 years?