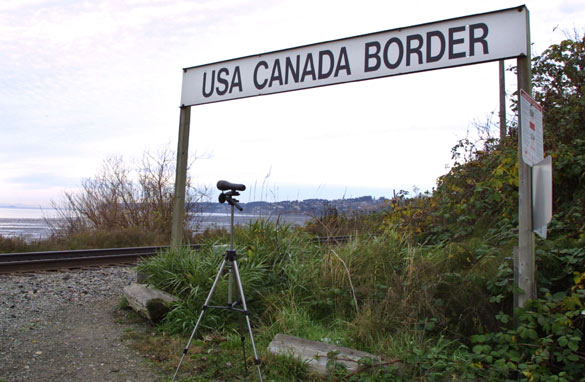 We are constantly being told what a great health care system other countries like Canada, France and Britain have. But guess what? Some Canadians are crossing the border to Michigan to get health care.

And we're talking about more than just coming over for an appointment, quick lab test or a second opinion. According to an article in the Detroit Free Press, Canadian health agencies are creating formal partnerships with hospitals in Michigan to provide services not quickly available at home through their national health care system.

For example, the Ontario Ministry of Health has agreements with some Detroit hospitals for imaging tests, bariatric, heart and other services that have long waiting lists in Ontario. Rather than paying out of pocket for crossing the border, the bill is paid by the plan, sort of like staying with an in network doctor if you have private insurance in the U.S.

Michael Vujovich of Windsor came to Henry Ford Hospital in Detroit where he had an angioplasty done. The bill was $38,000. It was paid in full by the Ministry of Health in Ontario.

Canada sees this approach as better than shelling out money to build additional facilities in Canada to meet the demand for care. Critics of national health care systems like Canada's are quick to point out that the system is not working if they have to send their patients to the U.S.

Here’s my question to you: What does it mean that Canadians are crossing the border for U.S. health care?

END_OF_DOCUMENT_TOKEN_TO_BE_REPLACED

Would gov't manipulate public fear of terror for political gain?

Former Secretary of Homeland Security, Tom Ridge, is taking his turn talking about his time served in George W. Bush's White House. In his new book, "The Test of Our Times," Ridge says he successfully squashed a plan to raise the nation's terror alert level to orange or "high," on the eve of the 2004 election. 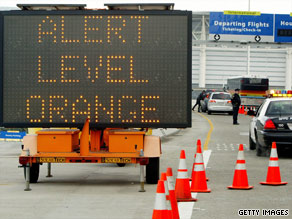 Ridge says the push from Secretary of Defense Donald Rumsfeld and Attorney General John Ashcroft was based on a pre-election message on tape from Osama bin Laden.

Ridge writes that he felt the message alone did not warrant the increased threat level and points out that there was no additional intelligence information indicating an increased likelihood of a terrorist attack. He also says increased security measures were already in place for the election. He writes, "I wondered, is this about security or politics?"

During the 2004 election one in five voters said terrorism was the most important issue to them, according to exit polls.

Ridge was able to help convince a group of other officials that there was no reason to cause what he calls, "undue public alarm" and in the end the threat level was not raised.

He said the incident was one of the major reasons he eventually decided to step down from public service.

Here’s my question to you: Do you think the government would try to manipulate the public's fear of terrorism for political gain?

END_OF_DOCUMENT_TOKEN_TO_BE_REPLACED

President Obama is still defending his plan for health care reform, and Americans and lawmakers alike seem to have no loss for complaints about what's on the table. That includes the so-called public option.

This would create a government-run insurance program that would create competition for private insurance companies. The idea behind it is that it would force them to bring down costs. It would also provide an affordable option for the 47-million Americans who currently have no insurance.

Americans speaking out at health care town hall meetings have voiced numerous objections to the plan, including privacy issues. Republican Senator Mike Enzi of Wyoming says it would be a bureaucratic nightmare. Democratic Senator Kent Conrad of North Dakota said earlier this week that the public option is dead because there simply aren't enough votes in the Senate to pass it.

The White House has indicated a willingness to back away from this part of their plan. But House Speaker Nancy Pelosi says that no bill will pass her chamber without a public option.

All of which should make for a very interesting September when the Congress returns from its August recess.

Here’s my question to you: Can health care reform happen without the so-called public option?