It was like pulling teeth and then some to get Abdelbeset Ali Mohmed Al Megrahi convicted and sent to prison. Families of the victims of the Lockerbie bombing were relentless in their pressure on the government to pursue justice. 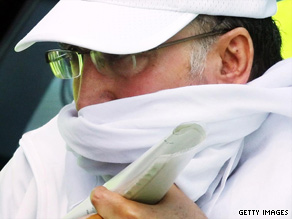 Lockerbie bomber Abdelbaset Ali al-Megrahi was serving a life sentence for the attack that killed 270 people. Megrahi, who is terminally ill, was released on compassionate grounds to spend his remaining days in Libya.

In the end, justice was done only to be undone. The man responsible for the slaughter of 270 innocent people is now being allowed to return to his native country, Libya, and his family, loved ones and friends, to die in peace from terminal cancer.

It's outrageous. Al Megrahi is a cold-blooded murderer. Libya was a state sponsor of the terrorism that killed these people. Compassion was shown this man when he was given a life sentence and not the death penalty.

Now Kenny MacAskill, the Scottish Justice Secretary, who probably didn't have any family or friends aboard Pan Am flight 103, decides to turn this animal loose. He should be ashamed of himself. What's the message here? That if you commit murderous acts of terrorism and kill hundreds of innocent people, it's okay? All you have to do is get sick and all is forgiven?

And what about the United States standing by and watching it happen? Where's the condemnation? We said we "deeply regret" the decision. Not enough.

I find it very hard to believe that if Washington felt strongly enough about this man's release they couldn't have done something to prevent it. After all, didn't we just extract two journalists from the grasp of the madman Kim Jung Il in North Korea?

Here’s my question to you: How do you feel about Scotland releasing the Pan Am 103 bomber?

END_OF_DOCUMENT_TOKEN_TO_BE_REPLACED

Why are Democrats' and Obama's approval ratings falling?

As the debate over health care rages on... the American people are increasingly souring on President Obama and the Democrats. A new poll shows the president's approval rating at 51-percent - the lowest of his presidency and down from 61-percent two-months ago. 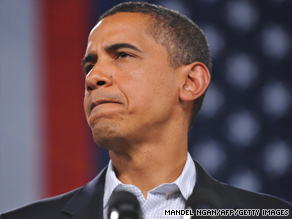 The Pew poll shows the Democratic Party now has a favorable rating of 49-percent... also down from 59-percent in April and 62-percent in January.

When it comes to the Republican Party - public opinion has remained steady all year at about 40-percent.

Meanwhile it looks like the American people aren't buying into calls for bipartisanship. The poll shows 63-percent of those surveyed say the president and Republicans are not working together on important issues... that's up from 50-percent who felt that way in June.

Although more people blame the Republicans than President Obama for this lack of co-operation, the poll shows a growing number are now faulting the president. 17-percent of Americans say Mr. Obama is to blame... that's up from seven-percent who felt that way in February.

With health care eclipsing all else in Washington this summer - it seems as though the president and the Democrats are losing favor with the American people. It will be interesting to see what happens to these numbers if the Democrats decide to "go it alone" like we've been hearing.

Here’s my question to you: Why are the Democrats' and President Obama's approval ratings falling?

END_OF_DOCUMENT_TOKEN_TO_BE_REPLACED

How should U.S. respond to escalating violence in Iraq? 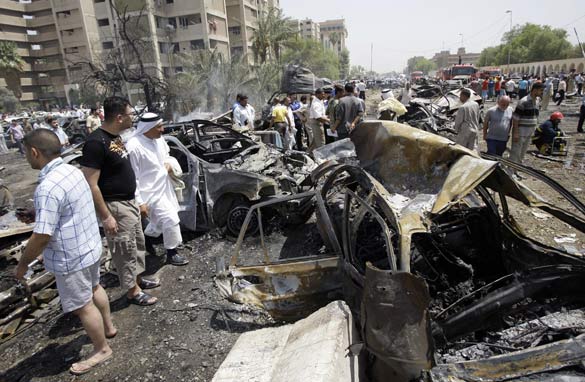 People gather at the scene of a massive explosion outside the foreign ministry in a residential area close to the Green Zone in central Baghdad yesterday. (PHOTO CREDIT: ALI AL-SAADI/AFP/Getty Images)

The increasing violence in Iraq is raising new questions about the withdrawal of U.S. troops.

Insurgents launched six-bombings that struck Baghdad within an hour yesterday - two of them targeting official buildings. The attacks killed at least 100-people and wounded more than 500-others. It was the deadliest day since U.S. troops pulled out of Iraqi cities on June 30.

Prime Minister Nuri al-Maliki is blaming Sunni insurgents linked to al Qaeda in Iraq... and the government is making quick moves to crack down on security.

They're adding more checkpoints in Baghdad, tougher vehicle searches and random security stops. Also - they arrested 11 high-ranking security officials from the Iraqi army and police... detaining them for questioning.

The attacks - followed today by a bicycle bomb at a restaurant killing two more people - are a huge blow to the government's attempt to return life to normal. Al-Maliki had just recently ordered the reopening of streets in Baghdad and the removal of concrete blast walls from the capital's main roads.

Meanwhile - there are worries about what these coordinated attacks say about the Iraqis' readiness to keep the country secure... especially heading into the upcoming elections. It's exactly what everyone feared would start happening once the U.S. role in Iraq was reduced.

Pres. Obama has ordered all U.S. combat troops out of Iraq by next August... and all remaining troops out by the end of 2011.

Here’s my question to you: How should the U.S. respond to the escalating violence in Iraq?

END_OF_DOCUMENT_TOKEN_TO_BE_REPLACED

How can Obama regain momentum on health care debate?

The White House may have dropped the ball on the health care debate. For a candidate who ran a campaign that was so tight and on-message - President Obama has been taking some heat for how he's handling this one. 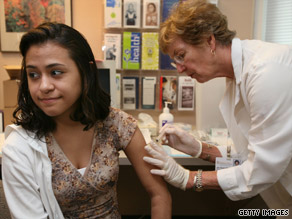 The administration has recently come under attack from both the right and the left on health care. Conservatives have gone after the so-called death panels... along with the potential for rationing care under the president's plan.

Liberals are also fired-up - once it appeared the administration might be backing away from the public option. They tell their supporters it's not real reform unless there's a public option.

With both sides engaged - Pres. Obama is now trying to rally his grassroots supporters... asking them to "knock on doors, talk to neighbors, spread the facts" on health care.

The president is also pushing back against critics with tougher words, calling some of their accusations ludicrous. He describes the idea of a death panel as "an extraordinary lie."

Mr. Obama says the plan doesn't provide insurance to illegal aliens and it doesn't represent a government take over of health care.

Some wonder why the president didn't motivate his network of 13-million activists sooner. After all, it certainly worked for him in the election.

Here’s my question to you: What does President Obama have to do to regain momentum on the health care debate?