More than 1 in 10 Americans on antidepressants 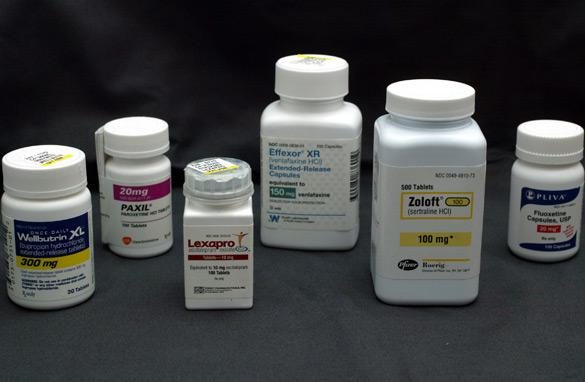 The number of Americans taking antidepressants has doubled in the last decade...

The report in the Archives of General Psychiatry shows most of the people taking these drugs weren't being treated for depression. Rather - half of them were using the medication for back or nerve pain, fatigue, sleeping problems or other issues.

The study says more people are being treated with antidepressants, and they're receiving more prescriptions. But the percentage of antidepressant users seeing psychiatrists actually fell during this period. This might be because insurance companies don't cover the visits; and it's cheaper for people to just get a prescription.

Some think the increase is due to the fact that it's more socially acceptable to be diagnosed and treated for depression. Also - there are new drugs that are safer and have fewer serious side effects. And, during this time, spending on so-called direct-to-consumer antidepressant advertising increased from $32 million to $122 million during the nine years of the study.

Some are concerned about the results of this study, saying antidepressants are only moderately effective; and that getting therapy can be more effective than just taking drugs.

Also, there have been several public health warnings on these medicines, including that they increase the risk of suicidal thoughts in children and teens.

Here’s my question to you: What does it mean when more than one in 10 Americans is on antidepressants?

END_OF_DOCUMENT_TOKEN_TO_BE_REPLACED

Critics say the U.S. violated its own policy against negotiating with terrorists by sending Bill Clinton to North Korea. Former U.S. Ambassador to the UN John Bolton calls Clinton's role in winning the release of the two journalists a "significant propaganda victory" for the communist regime. 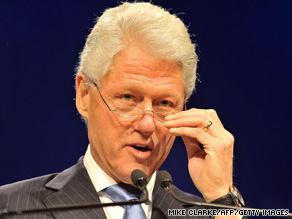 He says sending someone of such high stature - like a former president - gives North Korea more legitimacy. Bolton - who served under Former President George W. Bush - says North Korea essentially took these women hostage; and in such a situation, our efforts to protect them shouldn't create bigger risks for other Americans in the future.

Yet, after Clinton's visit, it's possible that a country like Iran may want similar treatment before it releases the American hikers recently taken captive there. Other experts say that North Korea will now expect dealings with a high-profile figure when it comes to the nuclear issue.

The Obama administration insists Clinton's visit was a private and humanitarian one; and that he didn't relay any messages or apologies from the White House. One top official says Clinton's trip won't be part of any broader negotiations between the two countries - or be tied in to talks over North Korea's nuclear program.

But the problem is... Kim Jong Il may not see it that way. For one thing, Bill Clinton was greeted at the Pyongyang airport by top government officials including the country's head nuclear negotiator.

Here’s my question to you: Did Bill Clinton's meeting with Kim Jong Il to win the release of two Americans violate this country's policy of not negotiating with terrorists?

END_OF_DOCUMENT_TOKEN_TO_BE_REPLACED

President Obama is marking his second 100 days in office this week.

And, the economy remains one of the top issues - like it was during his first 100 days. 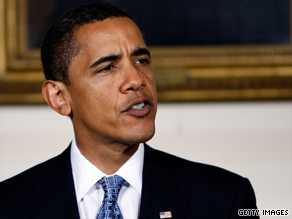 Many believe the recession may soon be ending: The housing market is showing signs of turnaround, the cash for clunkers program is boosting the auto industry and the Dow Jones is up 17-percent since Inauguration Day.

But - unemployment is now up to 9.5-percent and expected to go higher... and the deficit has increased by almost $800 billion.

Also on the economic front - the president signed a bill cracking down on credit card companies and their fees.

Meanwhile the debate over health care reform has taken center stage in the last month. Republicans - as well as some Democrats - continue to oppose reform, particularly the costs involved. If it doesn't happen - it could be a big blow to Mr. Obama.

As for foreign affairs - the president made his historic speech to the Muslim world in Cairo during his second 100-days. Mr. Obama also set a cautious tone in responding to the Iranian demonstrators protesting their disputed elections.

So how's he doing? These days - Americans give President Obama an average approval rating of 54-percent... In June, most polls showed the president above 60-percent... and his ratings were even higher during the first 100 days. But - as all politicians learn - that's what happens when you get to governing.

Here’s my question to you: How would you characterize President Obama's second 100 days?