Millions and millions of Americans have lost their jobs since this recession started in December of 2007; and the unemployment rate is expected to top 10-percent before the end of this year. 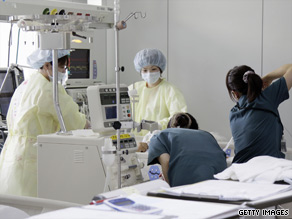 Job opportunities in the health care industry are on the rise.

The harsh reality is that a lot of these people have remained out of work for a very long time. Many of the businesses that used to employ them - the auto industry, finance, real estate and construction - have also been hit hard by the recession.

At the same time, other fields - like health care, clean energy, computer science and government - are expected to grow a lot in the years to come.

USA Today reports that millions of Americans are making dramatic job changes. A survey by Career-Builder shows 71-percent of workers who were laid off and haven't found jobs yet say they're looking for work outside their fields. This could mean the unemployment rate stays higher for longer - as workers need time to get training and then find jobs in a new field.

And these transitions aren't always easy. Sometimes the unemployed have to spend thousands of dollars getting that training - to learn skills needed for a new career. And then they find they have to take pay cuts.

The government is trying to help... the economic stimulus package included $4 billion over three-years to help retrain and place unemployed people in new jobs.

Here’s my question to you: Has the economy forced you to consider a career change?

END_OF_DOCUMENT_TOKEN_TO_BE_REPLACED

Will truth about Jackson's death come out?

It might be a long time - if ever - before the public finds out what really happened to Michael Jackson. The Los Angeles coroner's office has now indefinitely delayed releasing the results of Jackson's autopsy. 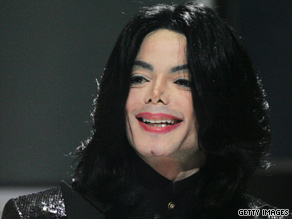 After meeting with police, they say further investigation is necessary. Initially - the coroner said they might release results next week.

This is nonsense. Jackson died June 25 - more than a month ago - and officials still can't say what killed him. Investigators are trying to find out what substances he had in his body and if a powerful anesthetic - that's only supposed to be administered in hospitals - played a role.

Meanwhile search warrants filed in a Nevada court suggest that Jackson was a drug addict. Investigators believe searches of Dr. Conrad Murray's home and office will turn up evidence of excessive prescribing, prescribing to an addict, unprofessional conduct and finally, manslaughter.

A source tells CNN that Dr. Murray allegedly gave Jackson the anesthetic Propofol in the 24-hours before he died. Murray continues to deny that he prescribed or administered anything that could have killed the pop star.

It seems like the events surrounding Jackson's death will drag on forever - as those close to him play the blame game; and probably more than a few of them hope to get their hands on Jackson's estate, estimated to be worth at least $200 million.

Here’s my question to you: Will the truth about Michael Jackson’s death ever come out?

END_OF_DOCUMENT_TOKEN_TO_BE_REPLACED

Should beer summit have yielded apologies? 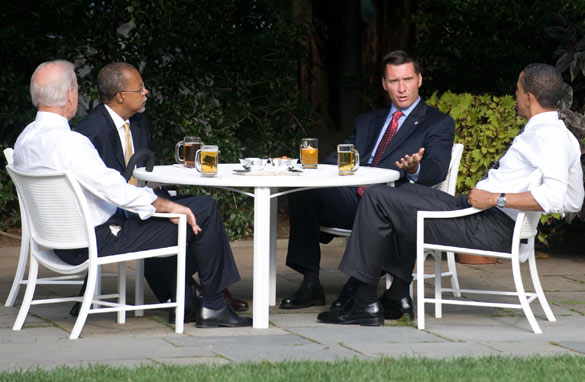 After beers at the White House - Sgt. James Crowley and Prof. Henry Gates say their talks were productive and that they plan to meet again.

The two men - at the center of what grew into a national conversation on race - met with President Obama and Vice President Biden at a patio table outside the White House.

Crowley says it was a frank discussion - that they agreed to move forward rather than dwell on the past. He didn't give more specifics except to say that no one apologized. Gates says he hopes the experience will "prove an occasion for education, not recrimination."

President Obama said he was thankful to both men for joining him for a "friendly, thoughtful conversation." The White House is probably glad to have this meeting done with, hoping the president can get the nation to focus on his priority of health care.

It probably wasn't the president's finest moment - a new Pew poll shows 41-percent of those surveyed disapproved of the president's handling of the Gates arrest - only 29 percent approved.

Gates was arrested for disorderly conduct - after making charges of racism against Crowley. President Obama inserted himself into the debate by saying the Cambridge police acted "stupidly" while admitting he didn't know all of the facts. Later, the president walked back his comments a bit - but stopped short of apologizing.

Here’s my question to you: Sgt. Crowley says no one apologized at the White House meeting. Were apologies in order?