As Alaska Governor Sarah Palin gets ready to quit Sunday and become former Alaska governor - a new poll might put a damper on her future political plans. 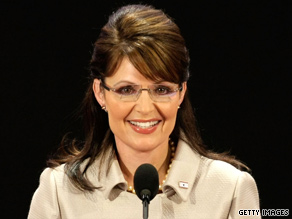 The Washington Post/ABC News Poll shows 53-percent of Americans view Palin negatively, while only 40-percent see her in positive terms - the lowest level in this poll since she was tapped as the Republican vice presidential nominee.

Palin is one of the most polarizing figures in modern politics. She is still quite popular among members of her own party: 70-percent of Republicans view her in a positive light - but that number is down from pre-election levels. More importantly she has also lost ground among white evangelicals - the base of the Republican party.

57-percent of those surveyed say Palin doesn't understand complex issues. What's wrong with the other 43-percent? I guess they didn't see the Katie Couric interviews.

47-percent say Palin understands problems of people like them...

And only 40-percent say she is a strong leader.

Sarah Palin - who is leaving office about 18-months early - says she plans to campaign for Republican candidates. A lot of people think she has her eye on a White House run in 2012 - yet this poll shows Palin running third behind Mike Huckabee and Mitt Romney among Republicans and GOP-leaning independents.

Sarah Palin has also been in the spotlight since last fall's election for other reasons - including ongoing ethics charges and public family feuds.

Here’s my question to you: Is Sarah Palin still relevant?

END_OF_DOCUMENT_TOKEN_TO_BE_REPLACED

The Cambridge cops want an apology from the President of the United States for saying the police "acted stupidly" in the arrest of Harvard Professor Henry Louis Gates Jr. 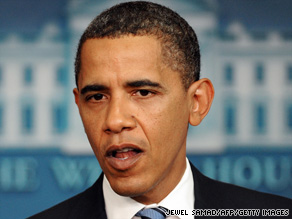 They didn't get one today – but they got something:

The president made a surprise appearance in the White House briefing room today... saying he spoke with the arresting officer and that he didn't mean to malign the police department. But he stopped short of apologizing.

This was a local story that likely would have gone away in a day or two... until President Obama got involved.

Mr. Obama criticized the arrest of Gates even though he admitted he didn't know all the facts. The first black president also talked about how blacks and Hispanics are still unfairly singled out for arrest.

Gates was arrested for disorderly conduct - when police responded to a possible break-in at his home. They say Gates at first refused to display ID... and then accused the officer of racism.

Turns out the arresting officer Sgt. James Crowley - who stands by his actions - taught a racial profiling course for five-years. The commissioner of the Cambridge police department says Crowley's actions were not racially motivated.

The International Association of Chiefs of Police says it's "critically important" to have all the facts on any police matter before making a public statement. And Republicans say Mr. Obama wasn't acting "presidential" by rushing to judgment.

Here’s my question to you: Should President Obama apologize for saying Cambridge police acted "stupidly" in the Gates arrest?

END_OF_DOCUMENT_TOKEN_TO_BE_REPLACED

Will you contact your congressional reps about health care during the recess?

"Keep on your members of Congress, keep up the heat. We've got to get this done." So says President Obama. But while the president calls on Americans to pressure their lawmakers on health care reform - it seems like many members of Congress are in no rush. 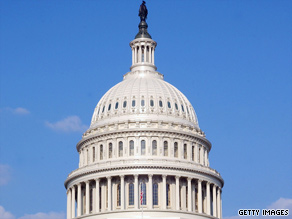 They're going on vacation for four weeks and then may or may not finish their work on this.

Now that Senate Majority Leader Harry Reid has said his chamber won't vote on the legislation until after the August recess, look for the legislation that the president wanted fast-tracked to move to the slow lane.

Reid says slowing things down may be the right way to go now - instead of trying to jam something through. The main reason for the delay in the Senate is the finance committee - which is trying to come up with a bipartisan bill.

House Speaker Nancy Pelosi now says they'll take the bill to the floor "when it is ready"... and at that point, she insists they'll have the votes to pass it. But moderate and conservative Democrats there continue to voice complaints about cost - among other things.

Meanwhile one of the president's top Republican critics, Senator Jim DeMint, is echoing Mr. Obama. DeMint - who said stopping the president on health care would be his Waterloo - is calling on voters to connect with their representatives and "let them know that Washington shouldn't make their families' health care decisions."

Here’s my question to you: Do you plan to contact your congressional representatives about health care during the August recess?