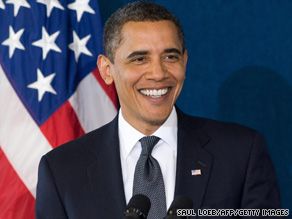 As the president takes his pitch for health care reform directly to the American people - much like he did for the economic stimulus package - some are wondering if we're seeing too much of him. Politico suggests the challenge for the White House in the coming weeks will be not to overuse the president.

And it's not just press conferences - President Obama has held more than a dozen town hall meetings in eight states, along with one in France. He has also been out with major addresses on everything from the economy to detainees and torture policy, Iraq, and America's relations with the Muslim world. In fact - hardly a day goes by that President Obama isn't on television talking about something.

By one count, President Obama has given more interviews to TV networks than any recent president at this point in his first term. The risk is that people will start to tune him out.

That will be for the American people to decide. The president's approval ratings have begun to trend down and are now at the lowest point of his presidency - 56 percent.

Here’s my question to you: Does President Obama risk overexposure in the media?

END_OF_DOCUMENT_TOKEN_TO_BE_REPLACED

What will delaying vote on health care reform do to its chances?

As President Obama gets ready to address the nation tonight about health care reform... he should keep in mind it's not just Republicans who need convincing. 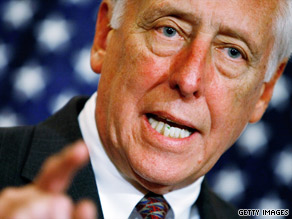 House Majority Leader Steny Hoyer now says if there's no consensus, the House could leave for its month-long August break without voting on health care - something which Mr. Obama wanted both houses to do before the Congressional recess. Hoyer says he doesn't think it's necessary for the chamber to stay in session into August to keep working on the legislation. God forbid anything interfere with their vacation.

Democratic Congressman Charlie Rangel, a top committee chairman, was overheard saying: "No one wants to tell the speaker that she's moving too fast (on healthcare reform) and they damn sure don't want to tell the president."

This all sounds a lot different from last week when Democratic Congressman Henry Waxman said "We quite frankly can't go home for a recess" unless both houses pass health care bills.

Here’s my question to you: What will delaying the vote on health care reform until after the congressional recess do to its chances?

END_OF_DOCUMENT_TOKEN_TO_BE_REPLACED

What message is sent if U.S. Surgeon General is overweight? 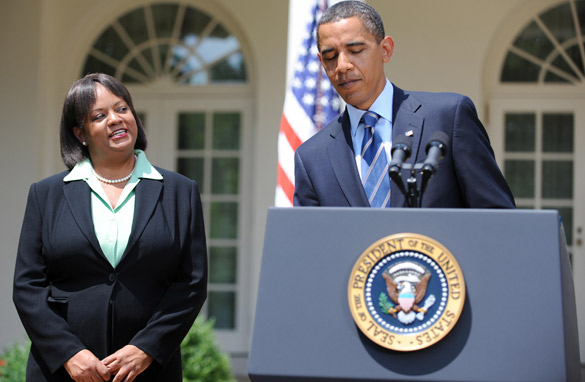 In a nation where more than one-third of adults are obese - the president is coming under fire for his selection of an overweight surgeon general.

ABC News reports that Although Dr. Regina Benjamin has been praised for her top credentials - like creating a medical clinic for the poor after Hurricane Katrina - many believe that Benjamin's appearance sends the wrong message as the nation's top doctor. It is estimated that Benjamin is as much as 40 pounds overweight.

The Department of Health and Human Services insists that Benjamin is highly qualified, saying: "She is a role model for all of us, and will be an outstanding surgeon general."

And supporters suggest her job is to make health care decisions - not to look good. They say her size might help her better understand the problem of obesity. Some health experts highlight studies that show it's possible to be fat and healthy, while others say the president himself - who still smokes cigarettes - isn't the best role model for good health either.

But - there's no doubt obesity is a growing crisis that's costing the U.S. billions of dollars a year. Fat people are at higher risk for heart disease, diabetes and cancer among other things. Critics also point out that Benjamin could set a better example for the black community - where obesity is even more prevalent.

Here’s my question to you: What message does it send if the surgeon general of the U.S. is overweight?