When it comes to the 18-month-long recession, we're not out of the woods quite yet. Consumer confidence took an unexpected and steep drop in the month of June. 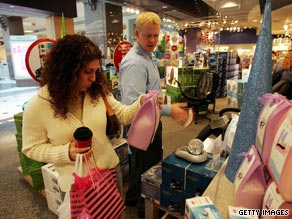 This is a big deal because consumer spending makes up more than two-thirds of our economy. And it means Americans don't feel so optimistic about their current financial situation or about what's to come.

Some think the rising price of gasoline is part of the reason for this decline, with consumers feeling pinched at the pump once again.

One expert tells Reuters that the confidence data "kind of took the wind out of things a little bit." Investors had been expecting consumer confidence to hold steady this month - following big jumps in April and May. For months, we've been seeing economic data that suggests the recession isn't getting worse; but investors want to see signs that the economy is actually growing.

Meanwhile the unemployment rate - which is already at a 25-year high of 9.4 percent - is expected to increase again for the month of June. And perhaps reach 10-percent later this year. If that's the case, it seems unlikely consumer spending will pick up significantly any time soon.

Here’s my question to you: What caused an unexpected, steep drop in consumer confidence?

END_OF_DOCUMENT_TOKEN_TO_BE_REPLACED

What will Al Franken mean for Obama's agenda?

Al Franken is headed to Washington. Nearly eight months after Election Day, the Minnesota Supreme Court unanimously declared Franken the state's next senator. And once he is sworn in - presumably next week - the Democrats will finally have their so-called super majority; meaning they'll have 60 votes, which is enough to stop any Republican filibuster. 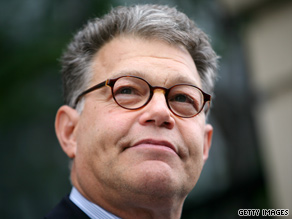 On paper it seems like a home run for Democrats and for President Obama's ambitious agenda in the coming months. But in reality it might not be so easy.

For one thing, Democrats won't always have the 60-vote majority because Senators Ted Kennedy and Robert Byrd are both ill and are only likely to return for the most crucial votes. Also, Former Majority leader Trent Lott once said governing the Senate is like herding cats, and Senate Democrats have already proven they won't fall into line when it comes to some of the president's top priorities.

For his part, Franken insists he's not going to Washington to be the 60th Democratic Senator; but rather to be the second senator from the state of Minnesota. That's what he's supposed to say. But Washington is nothing if not partisan; and Franken just might be able to make a real difference on big votes like health care and climate change.

Democrats are welcoming the news, but say it won't mean they'll just be able to "jam" their agenda through. Meanwhile, one top Republican says the 60-vote majority means Democrats won't be able to blame the minority for being obstructionist any more.

Here’s my question to you: What will Minnesota Senator-Elect Al Franken mean for President Obama’s agenda?

END_OF_DOCUMENT_TOKEN_TO_BE_REPLACED 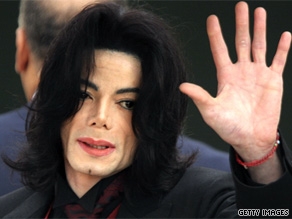